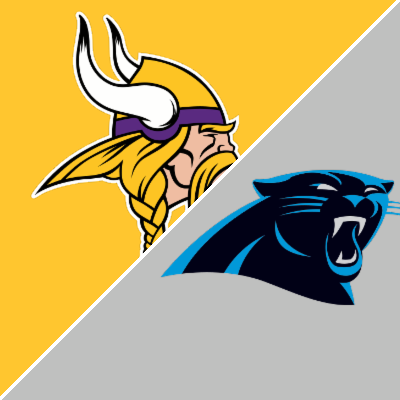 The Vikings have won two of their last three games and they head south this Sunday to face a Panthers team that has lost their last two games.

The Panthers are a slight 1.5-point favorite in this NFC matchup with a total of 46. While the total has gone down one and a half points since opening the spread has not changed as of Tuesday.

In their last game the Vikings were at home and they beat the winless Detroit Lions 19-17. They did not have the best game on offense but played good defense and kicked the game-winning field goal as time expired.

The Panthers were at home in their last game losing their second in a row in a 21-18 loss to the Philadelphia Eagles. Their D was not bad but their offense was less than stellar in only scoring three points in the second half and netting only 267 total yards.

These teams met last season in Minnesota where the Vikings beat the Panthers 28-27. Carolina was the underdog in that game and covered the spread and the dog has covered in six of the last seven games between these teams.

Defense Is Coming Around

In losing their first two games of the season the Vikings gave up 61 points but in their last three games, where they have two wins, they have only given up 48 points.

Kirk Cousins (1,396 yards 10 TD 2 INT) has both of his picks in the last two games and he only has one TD in each of his last three games. He has the targets with the WR trio of Justin Jefferson, Adam Thielen, and K.J. Osborn and Jefferson has over 100 receiving yards in two of the last three games.

Dalvin Cook missed the last game with an injury and last season’s second leading rusher is questionable for this game. Alexander Mattison has emerged rushing for at least 112 yards in two of his last three games and if Cook can be added in the mix it will be a big headache for the Panthers.

Carolina ranks first in the NFL defending the pass and eighth defending the run but their D has not looked great in the last two games after dominating in the first three.

Defense Did Not Get Much Help

In the Panthers loss to the Eagles the defense was legit but the offense only gained 267 yards and they committed three turnovers.

Sam Darnold had a great start to the season in the first three wins but he only ranks 21st in QBR, had three INT in the last game, and has five of his six picks in the last two games. He needs to spread the wealth more, as while D.J. Moore leads the team with 440 receiving yards the next leading receiver is Robbie Anderson with 179 receiving yards.

Star RB Christian McCaffrey has missed the last two games with an injury and is listed as questionable for this game.

Chubba Hubbard (220 yards) rushed for 101 yards in the loss to Philly and with the picks Darnold is tossing lately the Panthers will look to lean on the run. That is especially the case facing a Minnesota run defense that only ranks 22nd in the league and gave up 109 rushing yards in their last game facing a Detroit team that only ranks 20th in the NFL in rushing yards per game.

I keep thinking the Vikings will break through and maybe this is the game. They did not look impressive in their win over the winless Lions in their last game but I look for them to play well in this one. Darnold has thrown five picks in the last two games and the offense struggled in their last game. I look for a close one here and with Cousins having the better game Minnesota is the pick to, at least, cover the spread.