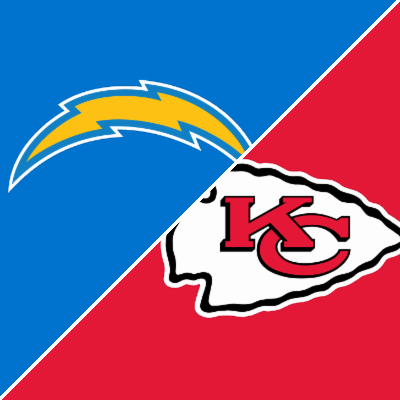 The Chargers and Chiefs each lost last week and while only Week 3 this game is a big one, as each team is looking up at the Broncos and Raiders, who are each 2-0 in the AFC West.

No shock the Chiefs are a 6.5-point home favorite with the total sitting at 55.5. However, little surprising the public money has been on the Chargers, as they opened as a 7-point underdog and as of Tuesday are a 6.5-point dog.

Last week the Chargers were at home and lost to the Dallas Cowboys 20-17 allowing a 56-yard game-winning field goal as time expired. L.A. was sloppy in the game and while Justin Herbert threw for over 300 yards, he had two passing TD’s taken off the board due to penalties. He has not been bad but he only ranks 25th in QBR and the bolts have only totaled 37 points in two games.

The Chiefs were at home in Week 2 with a Sunday night thriller losing to the Baltimore Ravens 36-35. Patrick Mahomes had a big day but had a bad INT and the team fumbled the ball late in the fourth quarter when they were marching down the field.

We know the Chiefs have the offense but they have given up at least 29 points in each of their first two games.

Last season these teams split the two games facing each other with each winning on the road. However, the L.A. win was in the last game of the season where Mahomes did not play.

In the loss to the Cowboys the Chargers shot themselves in the foot. They committed 12 penalties for 99 yards, which took two TDs off the board, and they turned the ball over twice.

Herbert did pass for 313 yards and a TD but accounted for both turnovers with two picks. Keenen Allen and Mike Williams combined for nearly 200 receiving yards in the loss.

Austin Ekeler rushed for 54 yards to lead the Bolts and averaged a solid six yards per carry but with all of the penalties the team was in longer situations and had to pass more. Herbert has been solid but the team may rely more on the run game against the Chiefs, who were torched on the ground in the last game giving up 251 rushing yards. That will also help eat up the clock and keep Mahomes on the sideline.

The D Could Help Out

Sure, KC fumbled late in the loss to the Ravens when they were driving but also had to overcome giving up 36 points, which they could not do. They allowed a ton of rushing yards but did come up with two INT.

Mahomes was Mahomes for most of the game passing for 343 yards with three TD and an INT and Travis Kelse led the way with 109 receiving yards and a TD.

The run game was not there for KC last week. The team only rushed for 62 yards and Clyde Edwards-Helaire only rushed for 46 yards, only averaged 3.6 yards per carry, and had the costly fumble late in the fourth quarter.

In the loss to the Cowboys the Chargers pass defense was pretty good but they gave up 198 rushing yards. L.A. only has three sacks on the season and they need Nick Bosa and company to get to Mahomes and force him into some mistakes, which is a tall task.

The Chiefs have failed to cover in six of their last seven home games and in 10 of their last 12 games as a favorite. However, don’t follow those trends. KC has a lot of issues on D and after only two games many are questioning if they are still the best team in the AFC. They still are and will show that on Sunday. Mahomes will be big and the defense will have a decent game, which means KC will win at home and cover the spread.