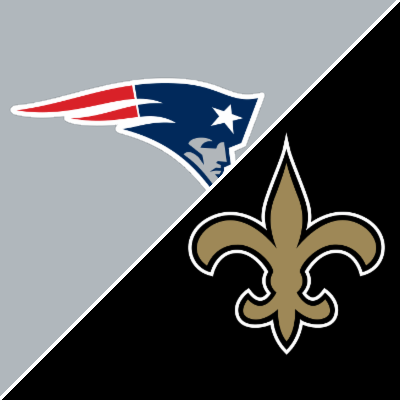 The Saints laid an egg in a terrible loss in Week 2 and travel back east to take on a Patriots’ team that blew out the lowly Jets last week for their first win.

The Pats are a 3-point home favorite with a total of 42. As of Tuesday, the spread has not changed for this non-conference game.

To say the Saints would be embarrassed in Week 2 would be an understatement. They were throttled losing 26-7 to the Carolina Panthers where they “racked up” a grand total of 128 yards. This after laying beat down last week on a Green Bay Packers team that was in the NFL title game last season.

The Pats got into the win column with a 25-6 win over the New York Jets. They were outgained by 66 yards and did not look particularly sharp on offense they forced four turnovers and did not commit any.

Back to the Old Days

In the bad loss to Carolina in Week 2 Jameis Winston harked back to his days with the Buccaneers where was picked off twice and sacked four times. He only passed for 111 yards while in Week 1 passed for five TD.

Winston was also the leader of the non-existent ground game rushing for 19 yards. Alvin Kamara was bottled up with five yards on eight carries but did go “big” with four receptions for 25 yards.

While the Pats’ defense held the Jets to six points in their last game and had four INT they did give up 336 yards including 152 rushing yards. They need to remedy that, as New Orleans will run the ball early and often and try to get the rock in Kamara’s hand.

Winston will be facing a New England pass rush that has six sacks through two games.

It Is the Jets

The Patriots did beat the Jets pretty easily but were facing a rookie QB that threw four picks and the Jets.

Rookie QB Mac Jones was pretty efficient going 22-30 with no TD and no INT. Five players had at least 21 receiving yards in the game but none had more than 45.

Damien Harris lead the Pats with 62 yards on a 3.9-per carry average.

What defense will the Patriots see? The one that killed it in a blowout win over the Packers or the one that gave up 383 yards and 294 passing yards in the bad loss to the Panthers?

The Saints are 22-8 ATS in their last 30 games as a road underdog while the Pats are only 3-7-1 ATS in their last 11 games as a home favorite. Even after last game I think those trends will continue. The Saints and Winston will bounce back after being embarrassed last week and run the ball and run it well. The Patriots will not move the chains that often and not come up with four INT. I see a close one here and while New Orleans may not get the W they will cover the spread.