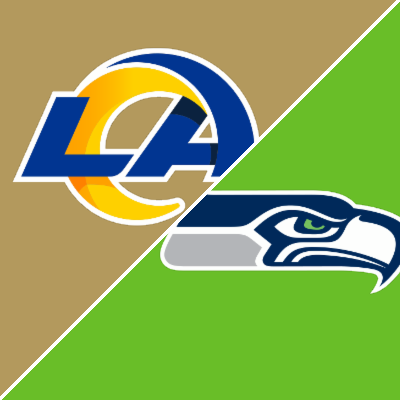 In this HFC West matchup the odds-makers have the Rams as a 2.5-point road favorite with the total sitting at 54,5. The spread and the total have not changed since opening, as of Tuesday.

The Rams were at home in their last game losing to the Arizona Cardinals 34-24. Matt Stafford did not have a good game and the two turnovers did not help their cause either.

The Seahawks evened their record in their last game with a big 28-21 road win over the San Francisco 49ers. The team won despite being outgained by over 200 yards but they did force t\wo turnovers not committing any and held san Fran to 2 of 14 on third down.

Last season the Rams were 2-1 facing the Seahawks, including beating them in the playoffs.

The Rams are 4-1 ATS in their last five games facing the Seahawks.

Not A Good Home Game

The Rams headed home in their last game 3-0 but Stafford was less than stellar and the defense was lit up by Kyler Murray and a Zona team that rushed for 216 yards.

Stafford passed for 280 yards with two TD and a pick but missed some key targets and did not look sharp. He has the WR corps with the likes of Robert Woods and Cooper Kupp and they will face a Seattle pass defense that has issues and allowed the 49ers to pass for 314 yards last week.

The Rams only rank 23rd in the league in rushing yards per game and while Darrell Henderson Jr. had a pretty good game against Arizona he is listed as questionable in this game.

Seattle has nine sacks through four games and they need to bring the heat facing Stafford, who has a lot of pressure on him in this game.

Wilson Gets it Done

While Seattle was outgained, big time, and had a sluggish start they came back in the last game to beat the 49ers behind a strong outing from Wilson. He passed for two TD and rushed for another whiling only passing for 149 yards.

Chris Carson needs to help Wilson out and he struggled in the last game only rushing for 30 yards. Look for Seattle to establish the run early facing the Rams, who were torched last week on the ground.

Seattle has D.K. Metcalf and Tyler Lockett and each WR has at least 285 receiving yards.

Aaron Donald leads a Rams’ defense that has 12 sacks but simply gave up too many big plays last week in the loss to Arizona. The Rams need to come out early and set the tone on defense and they cannot give up a ton of rushing yards against facing Wilson and company.

While Seattle is a good team the Rams are a legit Super Bowl contender and will bounce back after a bad home loss. Not only will Stafford play better but the L.A> defense will come to play and play well. Wilson will keep it pretty close with a big game but the Rams will win and cover the short spread on the road.