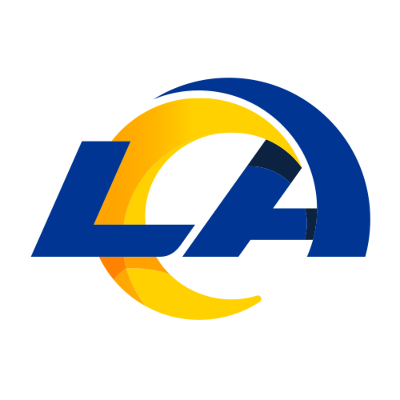 The Rams had the league’s #1 defense last season in terms of points allowed and they are hoping new addition Matthew Stafford can put them over the top with many more weapons than he had in Detroit.

The Rams were 10-6 last season and made the playoffs. However, in the off-season they made the biggest move trading former #1 pick Jared Goff and draft picks to the Detroit Lions for another former #1 pick in Matthew Stafford.

He has the talent but never had much of a supporting cast with the Lions. L.A. is putting a lot of faith in Stafford, who has a history of injuries and has never won a playoff game.

The WR duo of Cooper Kupp and Robert Woods each had at least 936 receiving yards last season and both are back. The team also used their first draft pick, 57th overall, to take speedster Tutu Atwell and signed the oft-injured DeSean Jackson, who is the active leader in the NFL in yards per catch.

Cam Akers Out for Season

The Rams suffered a big blow in the off-season, as 2020 rushing leader Cam Akers tore his Achilles and is out for the season. Darrell Henderson Jr. rushed for 624 yards last season and while third-leading rusher Malcolm Brown is now with the Dolphins the team signed former New England RB Sony Michel.

The team’s offensive line was pretty good last season and the team did not sign any lineman in the main signing period or take any in the draft.

Little concerning, as C Austin Blythe left as a free agent, backup Brian Allen did not play last season due to injury, and LT Andrew Whitworth is coming off a knee injury and is 40 years old. The line’s play is key with Stafford under center, as he is not the most mobile of QB’s and has injury issues.

While the defense was great last season, they had a bad off-season on that side of the ball. Defensive coordinator Brandon Staley is now the head coach of the Chargers and the team lost S John Johnson III, CB Troy Hill, DL Morgan Fox, OLB Samson Ebukam, and locker room leader DE Michael Brockers.

The defense did lose a lot, they still have three-time NFL Defensive Player of the Year DT Aaron Donald and two-time All-Pro CB Jalen Ramsey. They are the best in the game at their respective positions and will be counted on to repeat their great 2020 campaigns. DL Joseph-Day led the team in tackles last season and DT A’Shawn Robinson is back after missing last season.

Not only do the Rams play in the toughest division in the NFL in the NFC West they also have a tough out of division schedule. They open with the Bears and three of their next four games are facing the Colts, Buccaneers, and Seahawks. They also face the Titans and Packers and in their last four games they face the Seahawks, Vikings, Ravens, and 49ers.

I look for Stafford to have a big season and the defense to be solid once again. The team has issues on both sides of the ball but also tons of talent.

They will show that by winning the NFC West and I see them battling out in the playoffs where it would not be a big surprise if they made the Super Bowl. Oddsmakers have the Rams with the fourth best betting odds to win the big game.