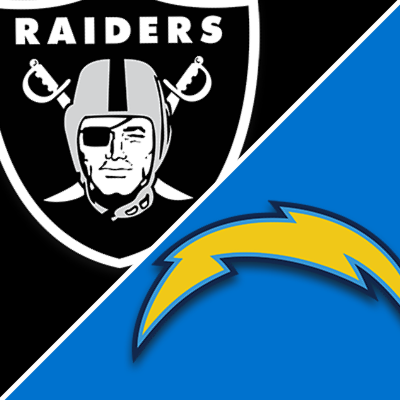 On Monday night in a big early-season AFC West matchup the Chargers play host to the surprising Raiders.

The Chargers are a 3-point home favorite in this division matchup with the total sitting at 51.5. while the total has gone down a point since opening the spread has not changed, as of Friday.

Last season these teams played two close games where they split with each team winning on the road.

The Raiders moved to 3-0 on the young season with a 31-28 OT over the Miami Dolphins in their last game. Derek Carr had another big game and he got over an early pick-6 to lead Las Vegas to an OT win.

The Chargers are coming off an impressive win where they beat the Kansas City Chiefs 30-24 and the win was on the road no less. While they won the game and Justin Herbert played well the team only rushed for 77 yards and they only won by six points despite forcing four turnovers and not committing any.

The road team has covered the spread in four of the last five games between these teams.

In the Raiders OT win at home against the Dolphins the team came back from a two-TD deficit for the second time in three games to win in OT. Las Vegas was up 14-0 in the first quarter but then Carr got hot and, in the game, passed for 386 yards with two TD and one pick. He ranks 10th in the league in QBR and leads the league with 1,203 passing yards.

Not only has Carr stepped up his play early this season but his targets have played well. The Raiders had three players with at least 77 receiving yards in the win over Miami with Braylon Edwards leading the way with 89 yards.

Last season Josh Jacobs rushed for over 1,000 yards but he has missed the last two games with an injury and while listed as questionable he should go, as he returned to practice Tuesday, Peyton Barber came up big in his absence in the last game rushing for 111 yards averaging a legit 4.8 yards per carry.

While the Chargers won last week, they gave up 437 yards and were torched on the ground giving up 186 rushing yards. L.A. has been solid against the pass this season but after three weeks rank dead last in the NFL in run defense.

The Chargers lost many close games last season but they pulled out a close one in their huge road win over the division rival Chiefs in their last game.

L.A. ranks fourth in the league in passing yards per game but only 26th in rushing yards per game. Still, Austin Ekeler has rushed for at least 54 yards in every game, has averaged at least five yards per carry in the last two games, and ranks third in the team with 113 receiving yards.

Herbert and company will face a Las Vegas defense that has given up at least 31 points in two of three games and ranks 14th in the league in pass defense and 22nd in run defense.

This is a big game for both teams, as the Chargers are trending up and have their QB and the Raiders are off to their best start since way back in 2002. Carr has played at an MVP level and leads the league in passing yards. Herbert is not showing any signs of a sophomore slump and passed for four TD in the last game. I think both teams are legit but Carr has more experience and that will show in this game. Herbert will play well but I look for the Raiders to run the ball early and often and be successful doing so. This game will be a close one and while Las Vegas may not win, even though I think they will, they will, at least, cover the spread.