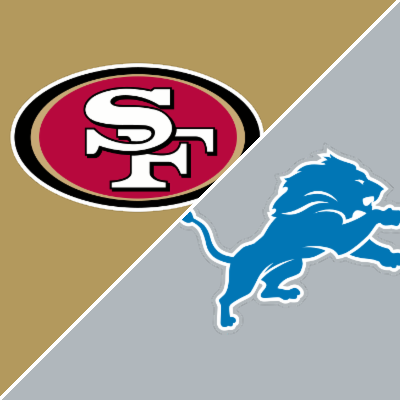 The Lions have a new QB in Jared Goff but a lot of question marks and in the season opener face a 49ers team that was ravaged by injuries last season.

No surprise the 49ers are a 7.5-point favorite even on the road and the total sits at 45. As of September 6, the line and the total have not changed.

After making the Super Bowl the 49ers had an injury marred 2020 campaign and failed to make the playoffs. They are healthy now and look to get back to being elite, especially on the defensive side of the football.

49ers head coach Kyle Shanahan has not officially named a starting QB but Jimmy Garoppolo, who missed 10 games last season, got most of the reps with the first team in the preseason and will likely start.

However, Shanahan used a platoon with #3 pick Trey Lance in the last preseason game and Lance, who is coming off a minor finger injury, may see some time under center.

The Lions head into the season with a new GM, head coach, and offensive and defensive coordinators. They have a new WR corps, depth issues at the RB position, and a defense that set franchise records last season for most points and most yards allowed. Yeah, Detroit has some concerns.

These NFC teams have not faced each other since the 2018 season.

Back to Full Strength

On the offensive side of the ball Jimmy G, star TE George Kittle, and #1 RB Raheem Mostert all missed significant time. They are all back and should rebound and play well facing a more than suspect Detroit defense.

Lance may see time but Jimmy G is the man for now and all he has done while healthy in his time in San Fran is win. The main WR duo of Deebo Samuel and Brandon Aiyuk only played together for six games last season because of injuries and they give the 49ers a solid aerial attack.

Raheem Mostert will be the lead back but look for third round pick RB Trey Sermon to also see action in this season opener.

Last season the Lions’ defense struggled against the pass and the run. Up front they are thin at the LB position and that is not good in this game, as the 49ers will pound the ball on the ground early and often.

Detroit’s secondary gave up the third most passing yards in the league and much of that was because they ranked last in the NFL in QB pressures. They retooled their secondary in the off-season and 2020 #3 pick Jeff Okudah is back from injury. On top of that new defensive coordinator Aaron Glenn stated his D will blitz more this season but, in this game, will be facing a solid 49ers O-line.

Not only is Goff the new starting QB for the Lions but in the off-season revamped the WR corps and adding a couple of RB’s. Goff has had issues with the interception but one bright spot for Detroit is they have a solid offensive line.

D’Andre Swift rushed for 521 yards and had 357 receiving yards to lead the Lions last season as a rookie. The team signed Jamaal Williams in the off-season to help the young buck out.

Like the 49ers offense the defense was hit hard by the injury bug last season. However, with Dee Ford and star Nick Bosa back the team may have a killer D again, which is not good news for the Lions.

While the 49ers are 9-24-1 ATS in their last 34 games as a favorite do not look for that trend to continue. The team is back at full health and pretty loaded on both sides of the ball, especially on defense. That defense will manhandle the Lions in this game, who have the worst betting odds to win the NFC North this season. Even on the road San Fran will easily win this game and cover the spread.