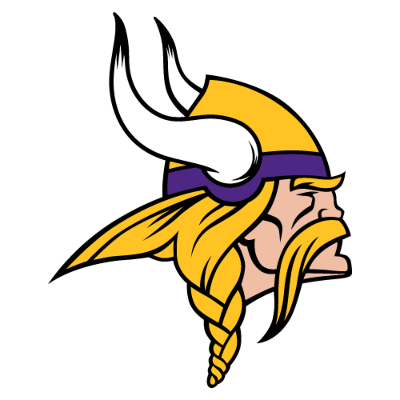 The Vikings look to rebound from a losing season and while they have the offense the defense and especially the secondary are the big issues.

Minnesota was 7-9 last season but played pretty well after a 1-5 start. Last season the team ranked a legit 11th in the league in points scored but only 29th in points allowed.

Kirk Cousins passed for a career high 35 TD and had a strong second half. He has the weapons with the likes of Adam Thielen (925 receiving yards 14 TD) and Justin Jefferson who set a rookie record last season with 1,400 receiving yards. TE Irv Smith (365 yards) may be in for a big season with Kyle Rudolph gone.

Dalvin Cook is a start back that last season had the second most rushing yards in the league (1,557) and also caught 44 passes for 361 yards. He may have another big season and a monster one if the team can fix the issues on the offensive line.

For four straight seasons the Vikings have used a first or second round pick on an offensive lineman. They took OT Christian Darrisaw in the first round of the draft and in the third round took RG Wyatt Davis.

RT Brian O’Neill is a solid young player but C Garrett Bradbury is undersized. Minnesota has the tools on the line to be a good one and if they can be good the offense has a chance to be a great one with all the weapons they have.

The defense struggled last season and much of that was due to injuries. Edge rusher Danielle Hunter is back from neck surgery. Four-time Pro Bowler Anthony Barr missed 14 games. LB Eric Kendricks missed the last month, and big 2020 free agent pickup NT Michael Pierce opted out.

With all those players back, the Vikings may improve greatly up front and the team also made a solid addition in Dalvin Tomlinson.

Minnesota started two rookie CB’s last season and the inexperience showed. The team went out and signed three CB’s in eight-time Pro Bowler Patrick Patterson, Mackensie Alexander, and Bashaud Breeland. The team also signed S Xavier Woods, who will play along Harrison Smith, who at 32 is still one of the best in the game.

Patterson is 31 and had a down season in Arizona last season and he can get back to form and be a leader the secondary should be much better than last season.

The Vikings only face two teams in their first seven games that made the playoffs last season in the Browns and Seahawks. They have a tough stretch in the middle of the season with three road games against the Ravens, Chargers, and 49ers. Their two big division games with the Packers are both in the second half.

Head coach Mike Zimmer has made the playoffs in every odd year season in his eight years at the helm and I look for that to continue. The defense should be much better last season with the solid additions and the many players coming back from injuries and the offense will be a great one.

While the Vikings may not unseat the Packers as the NFC North champion, they will be well above .500 and make the playoffs and have the talent to go on a deep run.