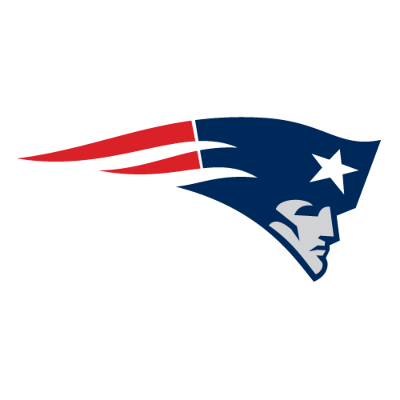 Last season the Patriots missed the playoffs for the first time since 2008 and the team had a good off-season but can Cam Newton be the guy under center?

The Pats were 7-9 last season and while they ranked seventh in points allowed, they only ranked 27th in points scored. The team was aggressive in free agency to add offensive weapons, gave Newton and incentive laden one-year contract, and Mac Jones fell to them with the 15th pick in the draft.

Newton only passed for 2.657 yards last season with eight TD and 10 INT but did have 12 rushing TD. He will likely start the season but if he struggles Jones may get the call.

Jones was rumored to be a top 3 pick in the last draft but fell to the Patriots at #15. He does not have a huge arm or is that mobile but his decision making and accuracy are both great like a former New England QB named Tom Brady.

New England really added some solid weapons in the off-season signing the TE duo of Hunter Henry and Jonnu Smith and the WR duo of Nelson Agholor and Kendrick Bourne. All four will be at the top of the depth chart and the team is hoping Jakobi Meyers and Gunner Olszewski can take the slot receiver role with the retirement of Julian Edelman.

Damien Harris led New England with 691 rushing yards and Newton ranking second with 592 rushing yards. Sony Michel is gone and versatile James White will be counted on for a bigger role out of the backfield.

The RB’s and Newton will have the luxury of playing behind one of the best offensive lines in football.

Suspect Against Rub in 2020

The defense was suspect against the run last season and the team addressed that need in the off-season.

The team brought in free agents Davon Godchaux, Henry Anderson and Montravius Adams to fortify the line and also brought in Matthew Judon to help the pass rush. The second level D may also show improvement with Dont’a Hightower opting out of last season and back on the field and Kyle Van Noy was signed.

The Pats have a tough early go of it facing the Dolphins, Saints, and defending champion Buccaneers in three of their first four games, but all of those are at home. They also have some tough out of conference games facing the Cowboys, Chargers. Browns, Colts, and Titans.

Bill Belichick is not used to not making the playoffs but he will guide the Pats back there this season. I look for Newton to have a solid season under center and the passing attack should be much better after all the big off-season additions.

New England plays a tough schedule and has to deal with the Bills and Dolphins in the AFC East but the team will turn it around and vie for the division title and get back to the playoffs.