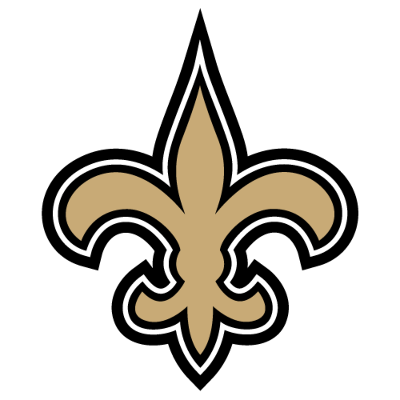 While Drew Brees has retired and the team lost some coaches and players due to the salary cap but there is still a lot of talent in the Big Easy.

Jameis Winston Gets the Nod

With Brees gone Jameis Winston is the starting QB for Week 1 with him beating out Taysom Hill in the preseason. He barely played last season and signed a one-year deal with the team with lots of incentives.

Last season the Saints had solid balance, as they ranked fifth in the league in points scored and points allowed.

New Orleans will be without top WR Michael Thomas for a while coming off ankle surgery. His timetable for return is not set but he should be back by Week 6. The team’s top two players in receiving yards in WR Emmanuel Sanders and TE Jared Cook are gone.

Tre’Quan Smith has not had over 500 receiving yards in any of his three seasons and they signed WR Chris Hogan and may have gotten a sleeper in the seventh round in WR Kawaan Baker.

While the WR position is an issue the same cannot be said at the RB position. Do-it-all back Alvin Kamara led the Saints in rushing yards and receiving yards last season and Latavius Murray was brought back and rushed for 656 yards last season.

QB Taysom Hill rushed for 457 yards and while Winston is the starter to begin the season Hill will see the field often playing at multiple positions.

Winston and Kamara and company will be playing behind what may be the best offensive line in the NFL.

Holes to Fill on Defense

The defensive side of the ball lost several key players in top pass rusher Trey Hendrickson, two key DT’s in Malcom Brown and Sheldon Rankins, a playmaking LB in Kwon Alexander, and one of the league’s better cover CB’s in Janoris Jenkins.

Up front Cameron Jordan had a down year last season with 7.5 sacks while he recorded at 12 in each of his previous three seasons. With the players the Saints have back they may have trouble finding production next to Jordan. LB Demario Davis is coming off his fourth straight 100+ tackle season.

Safties Malcolm Jenkins and Marcus Williams are back as is stud CB Marshon Lattimore but the other CB spot is a concern. Patrick Robinson decided to retire during training camp and while P.J. Williams is pretty good but has been burned by deep balls. Third round pick CB Paulson Adebo may see time right away.

While the NFC South is not that tough it does have the defending champion Buccaneers in the division. The Saints open with a tough game against the Packers and then their schedule gets easier before a tough stretch that begins in Week 7. Then in the next seven games they face the likes of the Seahawks, Bucs, Titans, Eagles, Bills, and Cowboys.

The Saints lost some key players and a future first ballot Hall of Fame QB but the pieces are still there. Winston has a lot of pressure on a one-year deal but has Kamara in the backfield and Thomas back at some time.

The defense still has stars but lost some big playmakers. I look for Winston to play well and while the defense may not be as good as last season, they are still a top 10 unit. They will battle it out with Tampa Bay for NFC South supremacy and even if they do not win the division, they will make the playoffs.