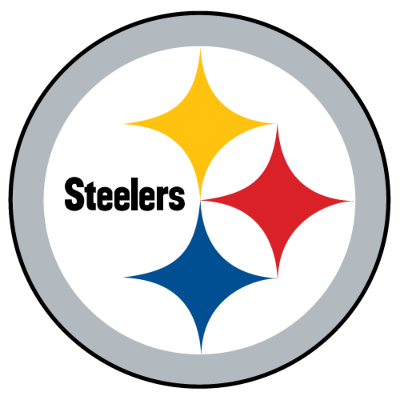 This may be Ben Roethlisberger’s last season with the Steelers, who have a solid team that won 12 games last season but faltered down the stretch and in the playoffs.

Last season the Steelers won their first 11 games then finished 12-4 and were beaten badly in the first round of the playoffs. While the defense ranked third in the NFL in points allowed they allowed an average of nearly 25 ppg in their last five games and gave up 48 in their first round playoff loss to the Browns.

The offense ranked 12th in points per game and Big Ben put up a solid season. He had to with a rushing offense that ranked dead last in the league. Diontae Johnson, Chase Claypool and JuJu Smith-Schuster are a solid WR trio but the team had the second most drops in the league.

The Steelers ranked last in the league last season in rushing yards and yards per carry. James Conner led the team in rushing yards and is gone and first round pick Najee Harris will be the lead back right off the bat. Free agent addition Kalen Ballage and Anthony McFarland will also see a lot of touches this season.

The offensive line is an issue, as it is very inexperienced and they lost longtime LT Alejandro Villanueva, six-time Pro Bowler David DeCastrom and C Maurkice Pouncey.

The team signed Trai Turner, Zach Banner is back from injury, and the team drafted C Kendrick Green in the third round. The line play is key for the Steelers this season with their revamped rushing attack and a less than mobile QB in Roethlisberger.

The defense was great until the last few games of last season. The three key players up front in Stephon Tuitt, Cameron Heyward, and Tyson Alualu are all back and LB T.J. Watt had 15 sacks last season and finished second in the Defensive Player of the Year voting.

However, the team lost Bud Dupree to the Titans and he totaled 19.5 sacks in the last two seasons. Alex Highsmith will fill his spot and had two sacks last season and the team signed Melvin Ingram III, who failed to register a sack in seven games last season after 43 in the previous five seasons.

The secondary took a big hit in the off-season with the salary cap casualties of CB’s Steven Nelson and Mike Hilton gone. Veteran Pro Bowler Joe Haden is back and All-Pro Minkah Fitzpatrick is the leader of the group that was tied for the league lead in INT’s last season. Rookie CB/S Tre Norwood will be called to produce right away and Justin Layne will see more action.

Pittsburgh not only plays in the killer AFC North but also have some tough out of division games and a far from easy early schedule. In their first seven games they face the Bills, Raiders, Packers, Seahawks, and Browns. It really gets rough at the end of the season as in the Steelers’ last six games they face the Ravens twice and the Vikings, Titans, Chiefs, and Browns.

The Steelers blew out of the gates last season but faltered down the stretch. Big Ben is back but can the new run game help him out? That is a big question. The defense has the players to be great again but had some key losses. Pittsburgh also plays a killer schedule and while I think they will be over .500 I do not see them making the playoffs in the stacked AFC North.