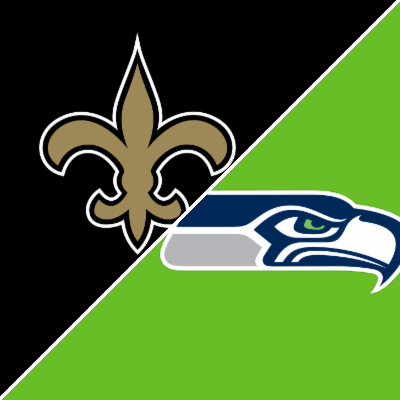 The Saints moved over .500 with a win in their last game and they head to the Great Northwest to take on a Seahawks’ team that has lost two in a row.

The Saints are coming off a bye week and in their last game they were on the road and beat the Washington Football Team 33-22. They scored 13 points in the fourth quarter in that win where they had fewer yards, the same number of turnovers, fewer rushing yards, and were dominated in terms of time of possession.

These teams last met in the 2019 season. The Saints are 5-2 ATS in their last seven games against the Seahawks.

Balance is the Key

The Saints have been pretty balanced on the season, as they rank ninth in the league in points per game and third in points allowed only giving up an average of 18.2 ppg.

Jameis Winston has only passed for 892 yards but has 12 TD and only three INT and ranks a solid 10th in the NFL in QBR. He has a decent WR corps, even with Michael Thomas still out, but the run game is where the team shines.

New Orleans ranks ninth in the NFL in rushing yards per game but second to last in passing yards per game. Alvin Kamara (368 yards 1 TD) has rushed for 191 yards in the last two games where in each he averaged at least 4.4 yards per carry. He is the focal part of the offense, as he also ranks third on the Saints with 113 receiving yards.

I would look for Kamara to get a big workload against the Seahawks, as they only rank 30thin the league in run defense and 28th in pass defense.

Still Without the Leader

The Seahawks are still without Russell Wilson, who is on IR with a finger issue. That is why the team is a home underdog in this NFC matchup.

While Gino Smith was not bad in the last game (209 yards 1 TD no INT) in the OT loss to the Steelers in the last game he was sacked five times and he lost the fumble that gave Pittsburgh the win.

DK Metcalf and Tyler Lockett each have at least 425 receiving yards and Smith has to get the ball to these guys and get time from the O-line.

The lead RB in Chris Carson is on IR and Alex Collins has taken over as the lead back. The Seahawks had a good run game in the loss to the Steelers and Collins rushed for 101 yards with a TD and averaged 5.1 yards per carry. He is listed as questionable for this game and did not practice Thursday and if he cannot go the team may be in trouble, as Travis Homer is the next leading back and he has a grand total of rushing yards on the season 27 of which came in the last game.

Man, hard to go against the Seahawks in Seattle but Wilson is out, they have injury issues at the RB position, and the defense has struggled. New Orleans is coming off a bye and will be rested and ready for this Monday night game. I see the Saints leaning on the run in this game where they will rack up the ground yards. They will not blow out the Seahawks in their house but they will win and cover.