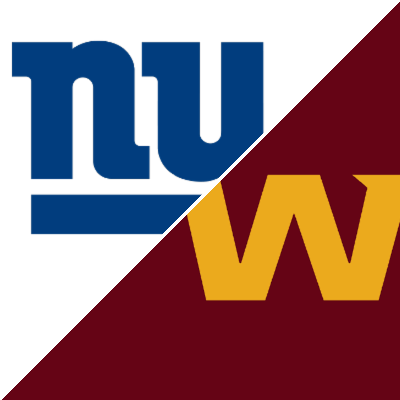 The Giants head to the Nation’s Capital on Thursday night in an NFC East matchup between two bitter rivals that each lost their opening games.

As of Monday, September 13, Washington is the 4-point favorite in this division matchup with the total at 41.5.

The Giants lost their season opener at home 27-13 to the Denver Broncos where they did not look good on either side of the ball. Daniel Jones had yet another lost fumble and even with Saquon Barkley back from missing last season with a knee injury the team only rushed for 60 yards.

Washington was at home in their opener losing to the L.A. Chargers 20-6. The team’s off-season QB addition of Ryan Fitzpatrick left the game after only six passes with a hip injury that may keep him out a few weeks or the rest of the season. The D was not bad but their pass rush was not dominant like last season and they really struggled on third down defense.

Last season Washington won the NFC East, despite a 7-9 record, and lost to the Giants twice in two close games.

The Giants need to turn things around after the Denver game where they only rushed for 60 yards, gave up 165 rushing yards, and had the ball for 10 fewer minutes than the Broncos.

Jones passed for 267 yards with a TD with no INT but fumbled and was also the Giants leading rusher with only 27 yards. Sterling Shepard hauled in the TD and had 113 receiving yards. Kenny Golladay was brought in to be the #1 WR but he only had four catches for 64 yards.

Saquon Barkley is back from his knee injury that cost him most of the last season but in the loss to Denver he only rushed for 26 yards on 10 carries.

New York will be playing a Washington defense that was great last season but was not so great in their season opening loss to the Chargers where they gave up 424 yards. The team only had two sacks and they will need to bring the pass rush in this game, as their secondary struggled in the last one.

While Washington showed some life in the 20-16 loss to the Chargers, they lost their starting QB and the defense had issues. The Football team was out-gained 424 yards to 259 yards, they only had 133 passing yards while giving up 334 passing yards, and they allowed L.A. to convert on 14 of their 19 third downs. The team was playing catchup the whole game after giving up a TD on the first drive of the game.

Taylor Heinicke come on in relief of the injured Fitzpatrick and while he was 11/15 he only had 122 yards with a TD and no INT. Terry McLaurin had 80 receiving yards while no other player for the team had more than 30.

Antonio Gibson had a pretty good game on the ground rushing for 90 yards and averaging 4.5 yards per carry.

The New York defense failed to have much in terms of the pass rush in the last game and look for that to happen again facing a more than solid Washington offensive line. The Giants will be facing a backup QB in Heinicke but they will have to contain Gibson, and I do not see that happening.

The Giants have failed to cover the spread in four of their last five games and Washington is 6-3 ATS in their last nine games. Look for those trends to continue in this game. Washington was not good against the pass in their last game and while Jones will get his yards the Football Team will [lay the run well and make some plays in the backfield. They will have a big game on the ground, which is the main reason Washington will win this game, cover the spread, and move to 1-1 on the young season.