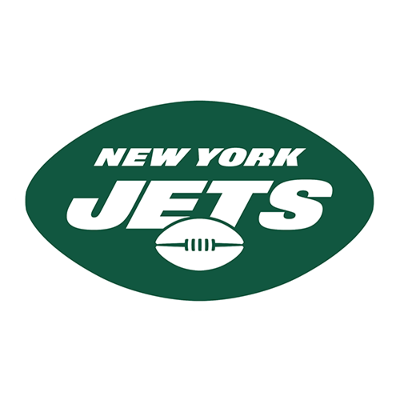 The Jets had an offensive and coaching overhaul in the off-season and while the team only had two wins last season there is hope in the Big Apple.

The Sam Darnold era in New York is over with the Jets shipping him to the Carolina Panthers. Now rookie Zach Wilson is under center and he has a high ceiling after his great last season at BYU and he has more weapons than Darnold ever had.

Wilson passed for 33 TD and only two INT in his last season at BYU, which is why the Jets made him the second pick in the draft.

He is undersized and that could be a big issue since the Jets have big concerns on the offensive line. That still may be the case even though the team drafted OG Alijah Vera-Tucker with their second first round pick (#13).

The Jets went out and signed WR Corey Davis, who had nearly 1,000 receiving yards last season. They also drafted WR’s Elijah Moore (2nd round) and he should start right away.

Those two with Jamison Crowder, who led New York last season with 699 receiving yards, are a solid trio but the team is thin at WR after them.

Frank Gore led the Jets with only 653 rushing yards and the team signed Tevin Coleman, who was a disappointment in his last two seasons with the 49ers. He will be the lead back with Ty Johnson, La’Mical Perine, and fourth round rookie Michael Carter all vying for touches.

Last season the Jets ranked dead last in the league in points scored so there is nowhere to go but up.

Not only did the Jets’ offense struggle last season but so did their defense, which ranked 26th in the league in points allowed. However, the team signed DE Carl Lawson to play alongside budding star DT Quinnen Williams, who had seven sacks last season, so the pass rush should be much better than last season.

The secondary is the big issue on defense and the team did not do much to address that in the off-season besides drafting safety Michael Carter II in the fifth round.

Bryce Hall and Bless Austin are an inexperienced duo and there is little depth behind them. The pass rush will have to really be solid this season to make up for the major concerns with the team’s secondary.

The Jets need to take advantage of a soft early schedule where in their first seven games they only face one team that was over .500 last season.

Their second half is much tougher facing the AFC East champion Bills twice as well as the Eagles, Saints, and defending champion Buccaneers.

There is hype in New York with a new coaching regime, Wilson, and what may finally be a legit WR corps. The offense should be better than last season with more weapons and with Wilson playing well.

But the team still has issues in the run game, offensive line, and secondary. I look for the Jets to double their season win total from last year but that still leaves them with only four wins and well out of the playoffs once again.