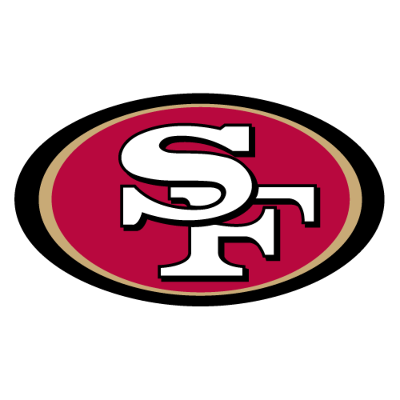 The 49ers were ravaged by injuries and even with a QB issue they have the talent to get back to the Super Bowl for the second time in three seasons.

The 49ers went 6-10 last season and the main reason for the big drop for the previous season when the team made the Super Bowl were injuries.

However, the team is healthy coming into the season with the key players back. One of them is QB Jimmy Garoppolo but how long will he be the starter? The team traded up in the draft to take Trey Lance, who has looked great in camp.

Kyle Shanahan is in his fifth season as head coach for the 49ers and the team promoted Mike McDaniel to be their new offensive coordinator and he will take over play calling duties.

San Francisco only ranked 21st in points scored last season but, again, injuries were a big reason for that.

When healthy all Jimmy G has done is win and while he has not put up huge stats he has been solid. Raheem Mostert is back from injury and will anchor a solid run game and the team is high on third round pick RB Trey Sermon from Ohio State.

Deebo Samuel and Brandon Aiyuk are a talented and young WR duo and they were only on the field together for six games last season because of injuries. Aiyuk led the team with 748 recievijng yards in 12 games and Kendrick Bourne ranked second with 667 yards but is now with New England.

The defense struggled as well last season and no shock it was because of injuries. The big loss was star DL Nick Bosa, who is one of the best in the league when healthy and his injury was early last season and he will be ready to go in Week 1. With Bosa and DE Dee Ford back and LB Fred Warner the 49ers should be very good up front.

The 49ers play their first two games on the road but face two teams that had losing records last season in the Eagles and Lions.

The team’s first home game is a tough one facing the Packers and then they play two division foes in the Seahawks (home) and Cardinals (away). The team needs to get off to a good start playing in a tough division but oddsmakers have San Fran as the betting favorite to win the NFC West.

It was pretty impressive the 49ers had six wins last season with nearly all of their star players missing big chunks of time. The team did not make any big moves in the off-season and with the key players back and healthy the team can make another Super Bowl run.

Besides the injuries the QB issue is a big one and Jimmy G may be on the trading block if he struggles, and Lance is ready to go. However, San Francisco is still pretty stacked on both sides of the ball and they will stay healthy, make the playoffs, and be a legit threat to win the NFC.