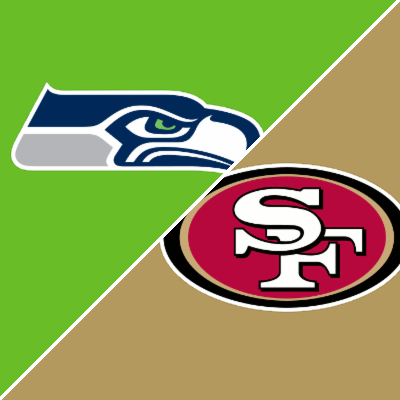 The Seahawks have lost two in a row and they head to Bay Area to take on a 49ers’ team that is coming off a tough loss.

The 49ers are a 2.5-point home favorite in this NFC West matchup with the total sitting at 52. The spread and the line have not changed for this game since opening.

The Seahawks are coming off a 30-17 road loss to the Minnesota Vikings and their only win was facing an 0-3 Colts team. The team has given up 63 points in their last two games and while Russell Wilson has not thrown a pick, he only ranks in the middle of the pack in QBR.

The 49ers were at home in their last game where they had a tough 30-28 loss to the Green Bay Packers. After a slow start they took the lead with 37 seconds left but allowed Aaron Rodgers to get the Packers in field goal range even though they did not have any timeouts.

This game is big for both teams, as they each trail the Cardinals and Rams in the NFC West with both of those teams undefeated.

Last season the Seahawks won both of their games facing the 49ers. Seattle is 13-5-1 ATS in their last 19 games facing San Fran.

The reason the Seahawks are 1-2 is because of a defense that has given up the most yards in the NFL. They only rank 30th in the league in defending the run and 26th defending the pass and on top of that only have forced two turnovers.

In the loss to the Vikings in their last game their struggling D showed giving up 453 yards (313 passing yards 140 rushing yards).

In the Minnesota game Wilson had nearly 300 passing yards with a TD and no INT, Chris Carson rushed for 80 yards averaging 6.7 yards per carry, and D.K. Metcalf had 107 receiving yards.

The 49ers’ defense has been vulnerable against the pass this season but solid against the run. They have been Jekyll and Hyde allowing at least 30 points in two of their three games and only 11 in the other. Nick Bosa has three of the teams six sacks and he will be facing a Seattle offensive line that has given up eight sacks.

Tough One To Take

The 49ers have to get over the tough loss in their last game, which was at home no less. The team had a good passing attack but they only rushed for 67 yards and they committed two turnovers without forcing any.

Jimmy Garoppolo has played well on the season (760 yards 4 TD 1 INT) and in the loss to Green Bay passed for 257 yards with two TD and a pick and was sacked four times. George Kittle had 92 receiving yards and Deebo Samuel had 52 receiving yards.

San Fran lead RB Elijah Mitchell (146 rushing yards) missed the last game with an injury and is a question mark for this one. The team needs him, as JaMycal Hasty is on IR and Trey Sermon has rushed for 39 yards.

The 49ers have a chance to get their run game back on track in this game facing a struggling Seattle defense that has a lot of holes.

Seattle has issues with their defense while the 49ers have issues in the run game. Still, San Francisco is the more balanced team and they are at home. I look for them to run the ball well and for Jimmy G to play well. Wilson will keep his team in it for a while the defense will let Seattle down again. Take the 49ers to win this game and cover the spread only giving 2.5 points at home.