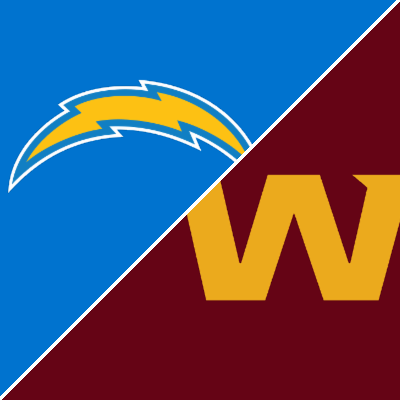 The Chargers head to the Nation’s Capital in the season opener and they hope Justin Herbert can deal with a Washington team that has a killer defense led by a pass rush that looks to wreak havoc in the backfield.

Even though on the road and the same wins as Washington last season the Chargers are a slight 1-point road favorite in this game with the total sitting at 44.5. L.A. has the betting public on their side, as this game opened as a pick, but as of September 6, they are a 1-point favorite.

The Chargers come into the season with high expectations with the main reason being Herbert, who won the Offensive Rookie of the Year last season. The team lost several close games and had many mistakes, which is why they have a new head coach, offensive coordinator, and defensive coordinator.

Washington made the playoffs deposit going 7-9 last season. They have a lot of young talent, especially on the defensive side of the ball led by Defensive Rookie of the Year Chase Young. The team is hoping new QB Ryan Fitzpatrick can bring some of his Fitz-magic to the Nation’s Capital.

Herbert had a great rookie campaign last season passing for 4,336 yards with 31 TD and 10 INT. The WR corps is a good one led by Keenan Allen (992 receiving yards) and Mike Williams and Jalen Guyton, who each had at least 511 receiving yards. In the off-season the team added TE Jared Cook to take place on the loss of Hunter Henry.

Austin Ekeler missed several games last season but still had 530 rushing yards and 403 receiving yards. His play will be key facing Washington, who have a great pass rush.

The L.A. offensive line also has their work cut out for them in this game facing the Football Team defense. In the off-season they retooled the line signing star C Corey Linsley, taking LT Rashawn Slater with the 13th pick in the draft, and also adding OG’s Matt Feiler and Oday Aboushi.

Young and Montez Sweat are one of the best up-front duos in the league and the secondary is also a good one and may be a great one if Landon Collins is fully recovered from his Achilles injury.

Fitz is the Man

The run game was pretty good for the Football team with Antonio Gibson rushing for 795 yards in 14 games and J.D. McKissic going for 365 rushing yards and 589 receiving yards. It also helps that they play behind a solid offensive line led by All Pro RG Brandon Scherff.

The Chargers only ranked 23rd in the league last season in points allowed and only had 27 sacks. Joey Bosa dealt with injuries and only had 7.5 sacks and the secondary also sees some key players come back from injury. The run defense may be the key in this game, as I look for Washington to try to establish the run game early.

The Chargers covered the spread in their last four games last season and Washington covered in six of their last seven games.

Washington has a lot of talent and a lot rests on how Fitzpatrick plays. Behind a solid O-line I look for him to have a good debut and the run game to be successful. Herbert will make some plays but so will the Young and company pressuring him all game. I see a close one in the Nation’s Capital and even as a slight home dog Washington will get the win.