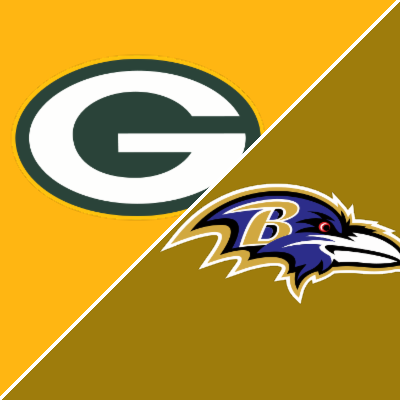 The Ravens have lost two games in a row and are a pretty big home underdog hosting the Packers, who are the top team in the NFC.

The Packers are a 5.5-point road favorite in this non-conference game with a total of 43.5. The line opened late for this game with Baltimore QB Lamar Jackson a question mark due to injury.

In their last game the Packers were at home and beat the Chicago Bears 45-30. While the Packers did not have a great defensive game against one of the lower scoring teams in the league, they outscored the Bears 24-3 in the second half, racked up 439 yards, and Aaron Rodgers had four passing TDs.

The Ravens were on the road in their last game losing their second in a row falling to the Cleveland Browns 24-22. Jackson was injured early in the game, where the Ravens were down big most of the game before making it close late and they outgained Cleveland by 99 yards.

These teams have not met since the 2017 season. The favorite has covered the spread in the last four games between these teams.

Get a Big One on the Road

While the Packers are tied with the Cardinals for the best record in football and have won two in a row both of those games were at home and they have lost their last two road games.

Davante Adams ranks third in the NFL with 1,204 receiving yards and has at least 104 receiving yards in each of the last three games. Containing him will be key for Baltimore, as the next leading Green Bay WR is Randall Cobb with 375 yards.

A.J. Dillon (614 yards 2 TD) has emerged as a legit threat out of the backfield and he has rushed for 140 yards in the last two games. Aaron Jones (599 yards 4 TD) has been in and out of the lineup with a knee injury and is questionable for this game.

Baltimore has the best run defense in the league but ranks second to last in pass defense, which is, obviously, not good with Rodgers coming to town.

Lamar Jackson is listed as questionable for this game with an ankle injury. He has six picks and only three TD in the last four games but leads the Ravens in rushing yards. If he cannot go rookie Tyler Huntley will get the start and in the loss to the Browns passed for 270 yards with a TD and no INT.

If Jackson cannot go look for the team to lean on RB Devonta Freeman (440 yards 4 TD) more. He rushed for 64 yards averaging 4.9 yards per carry in the last game while in the four previous games did not averaging over 3.7 yards per carry.

Green Bay’s defense did not play well in the first half of the last game but has been solid on the season and balanced ranking ninth in the league in both pass and run defense.

While Green Bay has lost their last two road games, they have covered the spread in five of their last six road games and look for that trend to continue. The Packers are hot and look to stay that was to keep a hold of the top seed in the NFL. I think Jackson will go in this game but his mobility will be compromised and he will not have a good game running the ball. On the other side of the coin Rodgers will have another solid game facing a Baltimore pass D that ranks second to last in the league. The Packers’ offense will be too much for Baltimore to handle, which is why they will win and cover sending the Ravens to their third straight loss.