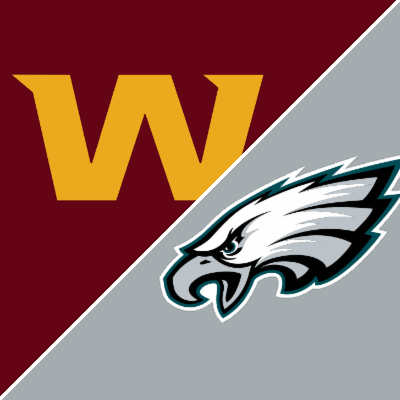 Second place in the NFC East and playoff positioning is at stake with the Eagles hosting Washington.

The Eagles are a 7-point home favorite in this game with a total of 44.5. Washington has not only been decimated by injuries but they just added eight more players to the COVID-19 list, which brings the number to 18. That is why the public has backed Philly, big time, as they opened as a 3.5-point favorite but as of Thursday are a 7-poiint favorite.

In their last game Washington was on the road and lost to the Dallas Cowboys 27-20. The Football Team made it a game at the end scoring 12 points in the fourth quarter but they could not overcome a slow start and turning the ball over four times.

The Eagles have won three of their last four games and in their last game were on the road and beat the New York Jets 33-18. They outgained the Jets 418 yards to 282 yards and rushed for 185 yards and shut out New York in the second half.

This is the first meeting of the season between these division rivals and they face off in the second to last game of the season in the Nation’s Capital. The Eagles have covered the spread in six of their last eight games facing Washington.

Guys Have to Step Up

With so many players for Washington injured or on the COVID-19 list they will need many backups to step up in this big game.

Taylor Heinicke (2,931 yards 19 TD 12 INT) has been decent this season but was less than that in the Dallas loss going 11-25 for only 122 yards with a TD and a pick. He has an INT in each of the last three games and will have to take care of the rock in this game.

Lead WR Terry McLaurin and RB J.D. McKissic, who ranks second in the team in rushing and receiving yards, are both listed as questionable due to concussion protocol.

At least Washington still has lead RB Antonio Gibson (836 yards 5 TD) but he only rushed for 36 yards in the loss to the Cowboys after rushing for 199 yards in the previous two games. He will be counted on to be a big part of the offense in this game.

Philly’s defense has not been bad on the season ranking 11th in the league against the pass and 12th against the run.

Eagles starting QB Jalen Hurts missed the last game with an ankle injury and he may not be ready in this game and Gardner Minshew will get his third start of the season if that is the case. Minshew passed for two TD and no INT in the win over the Jets.

While Hurts had three INT in the last game, he played his loss will still be a big one, as he is the team leader with 695 rushing yards. Miles Sanders (578 yards 0 TD) rushed for 120 yards in the Jets game and while listed as questionable he should go in this game.

Philly is the top rushing team in the league and only ranks 30th in passing yards per game. Rookie WR DeVonta Smith (701 yards 4 TD) leads the team in receiving yards but only has 37 of them in the last two games.

Washington has been hit hard by injuries and COVID-19 on both sides of the ball and they will likely be without five of their top six defensive lineman. They have played much better on the defensive side of the ball in the second half of the season and, overall, they rank 30th against the pass and fifth against the run.

Washington has covered in four of their last five games as an underdog and that trend will continue.

While Washington will likely be without many players they will step up in this game in Philly. Their run defense will keep the Eagles from killing it on the ground and on offense they will run the ball well and limit the turnovers. The Eagles are not sure who will be at QB but even facing quite a few backups I see the Football Team’s starting D-line playing well. Washington will surprise in this game and they will cover giving seven points and I look for them to also get the win as well.