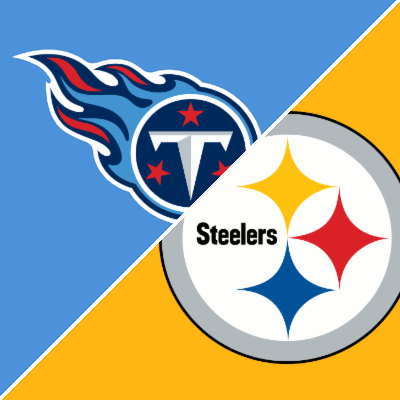 The Steelers have hit the skids as of late and may need a win at home facing a Titans team that won their last game and is in control in the AFC South.

Oddsmakers have the Titans as a 1.5-point road favorite with a total of 42. The public has backed Pittsburgh, as they opened as a 2.5-point underdog and as of Wednesday are a 1.5-point dog.

The Titans snapped their two-game skid in their last game with a 20-0 home shutout win over the Jacksonville Jaguars. While the offense was not great their defense was holding the Jags to 192 total yards and forcing four turnovers.

The Steelers were on the road in their last game losing their third game in four tries with a 36-28 loss to the Minnesota Vikings. Pittsburgh had a chance but misfired on a TD pass in the last play of the game and the team was lit up on the ground giving up 242 rushing yards.

These teams met last season in Tennessee where the Steelers beat the Titans 27-24. The underdog has covered in four of the last five games between these AFC teams.

The Titans have had issues scoring the ball in the last few games and not surprising with star RB Derrick Henry on IR. He is slated to come back late in the season and the team is just biding time and hope they can keep their lead in the AFC South.

Ryan Tannehill (2,965 yards 14 TD 13 INT) passed for 191 yards in the last game with no TD and no INT while in the previous two games he was picked off five times.

D’Onta Foreman (240 yards 1 TD) rushed for 47 yards in the last game after rushing for 109 yards in the previous game.

Lead WR A.J. Brown is on IR and likely out for the season but second leading WR Julio Jones is back after missing more than a month with an injury.

The Pittsburgh defense has given up at least 36 points in three of their last four games and on the season,

Where is the Defense?

Pittsburgh is known for their tough D but they have given up at least 36 points in three of their last four games.

Ben Roethlisberger (3,066 yards 19 TD 7 INT) only ranks 24th in the NFL in QBR but has played well in the last two games where he has five TD and one INT.

Rookie RB Najee Harris ranks sixth in the league with 873 yards and he rushed for 94 yards in the last game after struggling for three straight games.

Tennessee is coming off a shutout win but it was facing the Jags and, on the season, they rank 22nd in the league in pass defense and second in run defense.

The Titans have only covered in two of their last seven games as a road favorite and look for that trend to continue.

The Steelers’ defense has been less than stellar as of late and face a strong Tennessee run defense but I am not going to bet against Mike Tomlin and Big Ben. The Titans are not the same team without Henry and the Steelers are in desperation mode and will play well at home. I look for a low scoring defensive game where Pittsburgh will not just cover as a home underdog but get the much-needed win as well.