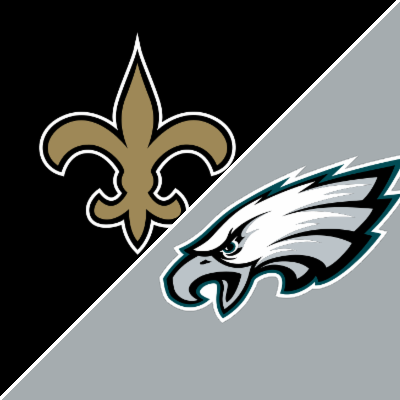 There is a key NFC matchup in Philly this Sunday with the Eagles hosting the Saints in a game where each team needs a W.

The Eagles are a short 1.5-point home favorite with the total sitting at 43. The total has gone down a point since opening but the spread has not changed as of Wednesday.

The Saints lost their second in a row in their last game with a 23-21 loss to the Tennessee Titans. New Orleans had over 100 more total yards but had the only turnover in the game and were only 2-5 in the red zone while allowing Tennessee to go 3-4.

The Eagles won for the second time in three games in their last one with a 30-13 road win over the Denver Broncos. They had a great ground game with 214 rushing yards and had a key fumble recovery returned for a TD late in the third quarter when the Broncos were driving for a score.

These teams met last season in Philly where the Eagles beat the Saints 24-21.

New Orleans is only one game behind the Tampa Bay Buccaneers in the NFC South and need a win to keep pace with them. That is especially the case since in three of the next four games after this one they face the Bills, Cowboys, and Bucs in Tampa Bay.

Trevor Siemian played well in the loss to the Titans passing for 298 yards with two TD and no INT. he did not get much help from the run game with Alvin Kamara out and the star RB is listed as questionable for this game.

If Kamara cannot go it will be a big blow, as he has 530 rushing yards and ranks third in the team in receiving yards (310).

The Eagles’ defense ranks 13th in the league against the pass and 20th against the run and they would love to see Kamara on the sidelines in this game.

First Time Would Be Good

If the Eagles can beat the Saints, it would be their first win against a team with a winning record. If they can keep pace with the Cowboys with a win they have a chance, as in five of their last six games they face the Giants and Football Team twice and the Cowboys in Philly in the season finale.

Hurts rushed for 53 yards in the win over Denver and Jordan Howard and Boston Scott rushed for 83 yards and 81 yards respectively. Miles Sanders has been on IR and he can come back in this game but may not be ready. While the Eagles killed it on the ground in the last game, they will be facing New Orleans and their top-ranked run defense this Sunday.

Hurts may have to do more with his arm facing a Saints team that only ranks 26th in the league in pass defense. However, in his last three games with the most passing yards the Eagles are 0-3.

The Eagles have a legit run game but can they run against New Orleans and their #1 ranked run defense? Will Kamara play in this game? Big questions for this one. Hurts has been pretty good on the season and has avoided mistakes as of late. He will continue that in this game facing a Saints team that has lost two in a row. New Orleans will put up a fight in what I see will be a close game but they will win and cover and move one game within .500.