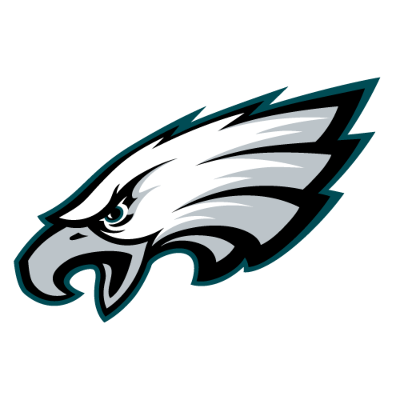 The Carson Wentz era in Philly is over and Jalen Hurts is now the man for the team that has a new coaching regime and big question marks on the defensive side of the ball.

Last season the Eagles only won four games and only ranked 26th in the league in points scored and 20th in points allowed. Hurts should have some solid weapons and he has a lot of pressure on him this season taking over for the team that won the Super Bowl in 2018.

WR Travis Fulgham and TE Dallas Goedert were the team leaders in receiving yards with 539 and 524, respectively, but both battled through injuries missing a combined eight games.

2020 first round pick Jalen Reagor had nearly 400 receiving yards but missed five games. The team used their first round pick (#10) on Heisman winning WR DeVonta Smith, who played with Hurts at Alabama.

Miles Sanders was a legit RB last season leading the team with 867 rushing yards averaging 5.3 yards per carry in 12 games. His health is key and the team needs Boston Scott and newcomer Kerryon Johnson to chip in.

The Eagles offensive line was decimated by injuries last season using 14 different starting lineman. All Pro C Jason Kelce was a rock and played great last season and the team is hoping RT Lane Johnson and RG Brandon Brooks can bounce back from injuries.

The team drafted C/G Landon Dickerson in the second round of the last draft but the LT position is a concern and Hurts may have to use his legs a lot this season to extend plays.

The defense has Fletcher Cox and Brandon Graham, who combined for 14.5 sacks last season but each is at least 31 years old.

The secondary added CB Steven Nelson and S Anthony Harris and CB Zech McPhearson was taken in the fourth round and get a chance to start. Darius Slay was signed before last season to solve one corner spot but struggled mightily last season and needs to rebound.

While the Eagles do not have the toughest schedule and are in the weak NFC East they do face the 49ers, Chiefs, and Buccaneers in three of their first six games. Their last four games are all division matchups facing the Washington Football Team twice as well as the Giants and Cowboys.

While Hurts only completed 52% of his passes last season he was playing behind a patchwork offensive line. That line should be healthier this season and he has weapons on the outside and in the backfield.

The defense may be better than lass season but they will struggle in the pass game with the secondary concerns. Still, I think Hurts will blossom as the starter and while he will play well and will win more games than last season I do not see the team going over .500 and they will miss out on the playoffs.