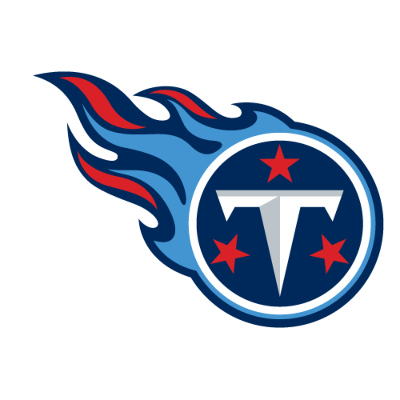 The Titans had an overhaul in the coaching regime and the defense has some concerns bur the offense is still there for the Titans, who have the best betting odds to win the AFC South this season.

While Mike Vrabel is in his fourth season as the head coach the Titans, who went 11-5 last season and made the playoffs, have a new offensive and defensive coordinator.

Last season the Titans scored the most points in the league while only ranking 24th in points allowed.

Ryan Tannehill had a solid season in 2020 and has a load of weapons on the outside but the offense is still led by stud RB Derrick Henry. Last season he became the eight RB ever to rush for 2,000 yards and for the second straight season led the NFL in rushing yards and rushing TD.

He has had a massive workload in the last two seasons and while still only 27 years old Darrynton Evans, Brian Hill, Jeremy McNichols could help him out by giving him a spell now and again.

A.J. Brown led the team with 1,075 yards last season but #2 WR Corey Davis is gone as is TE Jonnu Smith, who ranked third in the team last season in receiving yards. However, Tennessee traded for star WR Julio Jones, who had six straight 1,300+ receiving yard seasons before being limited to nine games last season due to injury.

The Titans also signed Josh Reynolds and may have gotten a steal in the fourth round in Dez Fitzpatrick, so the WR corps may be loaded.

The offensive line is a solid one that may be even better than last season with off-season addition Kendall Lamm, drafting Dillon Radunz in the second round, and the return of Taylor Lewan, who only played five games last season due to injury.

The defense struggled last season but they made a big off-season move paying big money for pass rusher Bud Dupree and the Titans used their first-round draft pick (#22) on CB Caleb Farley, who has a huge upside but injury concerns.

The pass rush may be a solid one this season and they are helped by a young and up and coming secondary. Kevin Byard leads the unit and the former All Pro will have more chances to make plays if the CB duo of Kristian Fulton and rookie Caleb Farley can live up to their cover talent.

The Titans will be in the mix in the not-so tough AFC West but they have a slew of killer out-of-division games. The key games out of the AFC South are facing the Cardinals, Seahawks, Bills, Chiefs, Rams, Patriots, Steelers, and 49ers.

The Titans lost some talent in the off-season but also brought in quite a bit. Henry is poised for another big season and Tannehill has the weapons and the line to impress yet again.

The defense may be the main issue and with the pass rushers and secondary players the team brought in I look for the D to be vastly improved over last season. Yeah, the schedule is tough but so is Henry, to say the least, and he will lead the team to the playoffs and Tennessee has their sights on a Super Bowl and they may be a dark horse that can do just that.