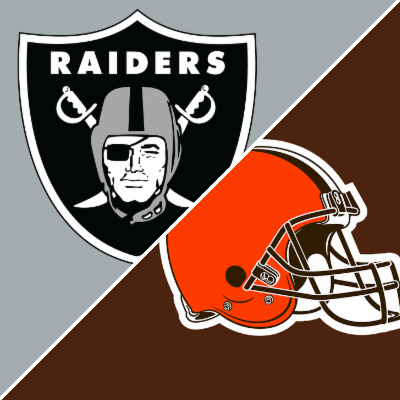 The reeling Raiders were blown out in their last game and head to Cleveland to take on a Browns team that is coming off a huge win.

The Browns are a 3-point favorite in this AFC matchup with the total sitting at 40. The Browns have been hit hard recently placing eight players on COVID-19 protocol and they all may miss this game. On top of that head coach Kevin Stefanski and QB Baker Mayfield also recently tested positive and may miss the game. That is why the public has backed the Raiders, as they opened as 6.5-point underdogs and as of Thursday are a 3-point dog.

In their last game the Raiders were on the road and were throttled losing to the Kansas City Chiefs 48-9. The team turned the ball over five times, only rushed for 44 yards, and were down 35-3 at the half.

The Browns were at home in their last game with a big 24-22 win over the Baltimore Raves, which keeps them in the AFC North race. They were outgained by nearly 100 yards and nearly gave up a big lead but they forced two turnovers and Baltimore was penalized 10 times for 125 yards.

These teams met last season at Cleveland where the Raiders beat the Browns 16-6.

Last season the Raiders got off to a good start but fell apart in the second half and that is happening again. They won five of their first seven games but have gone 5-6 since and have lost two in a row where they only totaled 24 points.

Hunter Renfrow has stepped up with three straight games with over 100 receiving yards. Star TE Darren Waller has missed the last two games due to injury but while listed as questionable he should be back for this, nearly, must win game.

Josh Jacobs only rushed for 27 yards on 10 carries in the loss to the Chiefs but did have 46 receiving yards. He is only averaging 3.7 yards per carry and he needs to step up, especially with RB Kenyon Drake out for the season with an ankle injury.

Cleveland’s defense ranks seventh in the NFL against the pass and 11th against the run. Myles Garrett ranks second in the league with 15 sacks and the Las Vegas offensive line will have their hands full.

Lean on the Run

Nick Chubb has only rushed for 67 yards in the last two games after totaling 267 in the previous two games. He will get a big workload in this game especially since second leading rusher Kareem Hunt is doubtful.

Baker Mayfield had a pretty good game against the Ravens with 190 yards with two TD and one pick. He will have a thin WR corps and may be without the top two tight ends but he will have Donovan Peoples-Jones, who leads the team with 430 receiving yards and had 90 in the last game. If Mayfield cannot go Case Keenum will get the start.

The Raiders rank 13th in the league in pass defense and only 26th in run defense, which is a major concern facing a Cleveland team that will lean on the run.

The favorite is 5-2 ATS in the last seven games between these teams and that trend will continue.

The Browns are likely down quite a few players but they beat the Ravens last week and face a reeling Raiders team. Cleveland will run the ball well behind Chubb and the defense will get it done. Carr will be on the run from Garrett and the Browns pass rush all game and do not look for Jacobs to help out much. I see a very low scoring game here and for Cleveland to win and cover at home sending Las Vegas to their sixth loss in seven games.