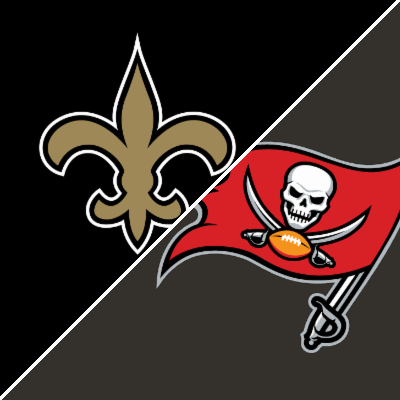 The Saints snapped their five-game losing streak in their last game and head to the Sunshine State looking to snap the Bucs’ four-game win streak.

The Bucs are big 11-point favorites in this NFC South matchup with the total at 46.5. Little surprising that the public has backed New Orleans in this game, as they opened as an 11.5-point underdog and as of Thursday are an 11-point dog.

The Saints snapped their skid on the road in their last game with a 30-9 beat down over the New York Jets. The defense held the Jets to 256 total yards and New Orleans killed it on the ground with 203 rushing yards while only giving up 78 rushing yards.

The Bucs were at home in their last game and won their fourth in a row with a 33-27 OT win over the Buffalo Bills. While the Tampa Bay defense did not have the best game the offense racked up nearly 500 yards of total offense and Tom Brady passed for his 700th TD.

Earlier this season in the Big Easy the Saints beat the Bucs 36-27.

Can the Run Game Work?

The Saints rushed for 203 yards in the last game but can they repeat that performance against a Bucs’ run defense that ranks third in the NFL?

Taysom Hill got over his four-INT loss to the Cowboys by passing for 175 yards with no TD and no INT in the win over the Jets. He also ranked second on the team with 73 rushing yards and has rushed for 174 yards in the last two games.

Alvin Kamara is back and healthy and he rushed for 120 yards in the last game after missing over a month.

Lead WR Deonte Harris is out for this game due to suspension and second leading WR Marquez Callaway does not have over 37 receiving yards in the last five games.

Passing the ball is not Hill’s strong suit but if the run is stuffed, he will have to and will be facing a Tampa Bay pass defense that ranks 24th in the league.

The GOAT Can’t Be Stopped

Tom Brady has to be the front runner for another MVP, as he ranks first in the league in passing yards, QBR, and TDs. He has passed for at least 363 yards in the last two games where he has six TD and only one pick.

Leonard Fournette has a sore ankle and listed as questionable but should go this Sunday and in the win over Buffalo he rushed for 113 yards. He has rushed for at least 113 yards in two of the last three games where in each of those he averaged 5.9 yards per carry.

Brady has a lot of weapons on the outside and the WT duo of Chris Godwin and Mike Evans have combined for nearly 2,000 receiving yards and 16 TD.

New Orleans ranks 18th in the league in pass defense and sixth in run defense.

In the Saints win over the Bucs at home earlier this season Brady turned the ball over three times but do not look for that to happen in this game. Hill has taken over as the starting QB for New Orleans but with him under center the team will run the ball but not have much success against a strong Tampa run defense. Brady will go big and the Saints will not move the ball much and add that up and you get the Bucs avenging the loss to New Orleans earlier this season easily winning and covering the spread.