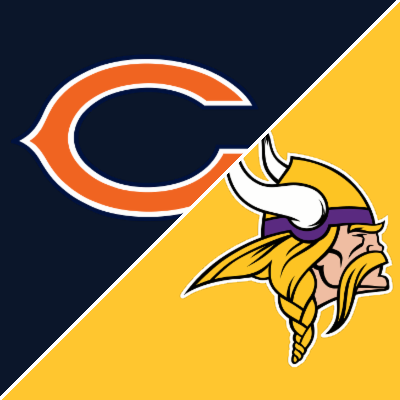 The reeling Bears look to get a Monday night win facing a Vikings team that is fighting for their playoff lives.

The Vikings snapped their two-game skid in their last game with a 36-28 win over the Pittsburgh Steelers. They had 448 yards, including 242 rushing yards, and they stopped the Steelers from scoring on a TD pass on the last play of the game.

The Bears were on the road in their last game losing to the Green Bay Packers 45-30. They had a great first half but were outscored 24-3 in the second half and they allowed Aaron Rodgers to pass for four TDs.

This is the first meeting between these teams this season and they face off in Minnesota in the season finale. The Bears are 4-1 ATS in their five games against the Vikings.

Dalvin Cook missed a game with injury and came back last week in the win over the Steelers and rushed for 205 yards. He ranks third in the NFL in rushing yards and if he can get healthy and help Kirk Cousins out the Vikes may be a force to deal with if they can make the playoffs.

Minnesota is grouped with a few other teams in the NFC that are 6-7 and their remaining schedule is far from easy facing the Rams and the Packers in the next two games before ending with another matchup with the Bears.

Kirk Cousins (3,569 yards 27 TD 5 INT) threw two picks in the last game and has three of his five of them in the last three games. Still, he pas put together a solid season and it helps to have a solid WR corps led by Justin Jefferson, who has the second most receiving yards in the league (1,288).

The Chicago defense has given up 78 points in the last two games and on the season ranks a legit eighth against the pass but only 24th against the run.

Shorthanded on the Sidelines

Not only have the Bears lost seven of their last eight games but their offensive, defensive, and special teams coordinators were all recently put on the COVID-19 list and will probably miss the Monday night game.

Justin Fields was back on the field in the loss to the Packers after missing some time with an injury and he passed for 224 yards with two TD and two INT. He ranks 31st in the NFL: in QBR and only has six TD to go with 10 INT.

Minnesota only ranks 25th in the league in pass defense and 27th in run defense.

The Vikings have failed to cover the spread in their last seven games facing a team with a losing record but that trend will not continue.

The Vikings are in desperation mode for a win and while their defense has had issues all season their run game will get it done in this one. Cook will go big again and Cousins will play well and Chicago will not be able to keep up with them. The Bears will have no answer for Cook and while they rack up some yards their offense will not score often. Minnesota will not win big but they will win and cover the spread and keep their playoff hopes alive.