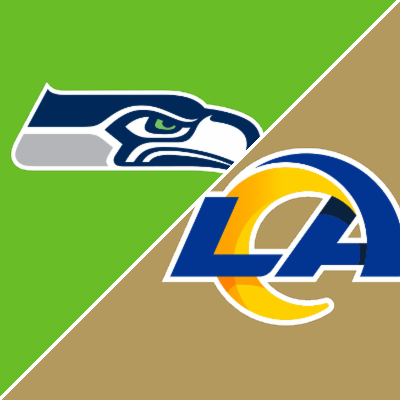 The Seahawks have won two in a row and head to the City of Angels to take on a Rams team that has also won two straight and is coming off their biggest win of the season.

Oddsmakers have the Rams as a 4.5-point favorite in this NFC West clash with the total sitting at 45.5. Like many teams in the league the Rams have been hit hard by COVID-19 and the team has 16 players on that list. That is the reason why the public has backed Seattle, as they opened as a 7-point underdog and as of Thursday they are a 4.5-point dog.

In their last game the Seahawks were on the road and crushed the Houston Texans 33-13. Seattle racked up 453 yards, rushed for 193 yards, and outscored the Texans 17-0 in the second half.

In their last game the Rams were on the road and beat the Arizona Cardinals 30-23. The win knocked the Cardinals out of the top seed in the NFC and kept L.A.’s hope alive to win the NFC West only one game back of Arizona. Matt Stafford passed for three TD and Aaron Donald tallied three sacks.

Earlier this season in the Great Northwest the Rams beat the Seahawks 26-17. The Rams are 5-1 ATS in their last six games facing the Seahawks.

Likely a Must Win Game

With the Seahawks sitting at 5-8 this is likely, a must win game and the team also likely has to win out to have a chance at the playoffs.

The Seahawks have scored at least 30 points in each of their last two games. Russell Wilson looks to be over his finger injury and he has passed for at least 231 yards in the last two games where he has four TD and only one INT.

Rashaad Penny rushed for 137 of his 215 yards on the season in the last game and should be the featured back in this game with a banged-up RB unit.

The Rams only rank 20th in the league defending the run but seventh defending the run. The Seattle offensive line has had issues on the season and if they cannot contain Donald, Wilson will be on the run the whole game.

The Rams may be down five starters due to COVID-19 including five starters such as star Jalen Ramsey and Odell Beckham Jr, who has a TD in three straight games.

Matt Stafford has bounced back after a tough stretch and he has three TD and no INT in each of his last two games. He ranks in the top three in the NFL in QBR, passing yards, and TDs.

Cooper Kupp leads the league in receiving yards and if OBJ cannot go Van Jefferson will have to step up to be the #2 guy.

Darrell Henderson Jr. is still on the COVID-19 list and the lead rusher for the team missed the last game. Still, Sony Michel (505 yards 2 TD) has been legit in the last two games with 200 rushing yards.

On the season Seattle’s defense ranks dead last in the league against the pass and 22ndagainst the run.

The Rams are 7-2 ATS in their last nine home games against the Seahawks and that trend will continue.

The Seahawks have looked pretty good in the last two games while the Rams are coming off their big win of the season. Stafford has three TD in each of his last three games and in the last two has no INT. He will go big in this game facing a Seahawks’ team that ranks last in the league in pass defense. Wilson will pull off some big plays and keep Seattle from getting blown out but L.A. will win this game comfortably and cover the spread.