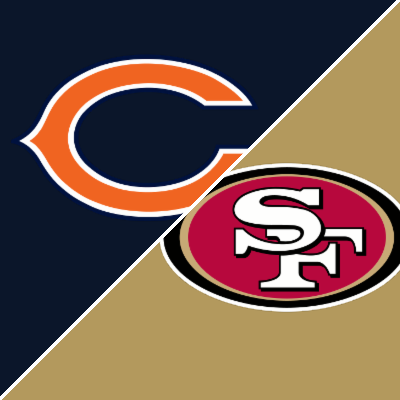 The 49ers are reeling and head to the Windy City to face Bears team that was blown out in their last game.

The 49ers have a worse record than the Bears but still are a 3.5-point road favorite with a total of 39.5. The total has gone down a point and a half since opening but the spread has not changed as of Wednesday.

The 49ers won their first two games of the season but in their last game lost their fourth in a row where they were at home and lost to the Indianapolis Colts 30-18. The team tuned the ball over three times and head coach Kyle Shanahan called Jimmy Garoppolo’s performance the worst of his career in San Fran.

The Bears were on the road in their last game and lost their second in a row with a bad 38-3 loss to the Tampa Bay Buccaneers. The team turned the ball over five times and they still have no answer for their bad passing game, which ranks dead last in the league.

These teams have not met since the 2018 season. In the last five meetings between these NFC teams the road team has covered the spread four times.

Even though Shanahan called Garoppolo’s game last week the worst of his career with the 49ers he is still sticking them even with rookie Trey Lance waiting in the wings.

Garoppolo only ranks 28th in the league in QBR and in the loss to the Colts he passed for 181 yards with a TD and two INT and fumbled twice losing one. Lance is coming off a sprained MCL but returned to practice this week.

The main reason the 49ers were not blown out by the Colts was the play of lead RB Elijah Mitchell, who rushed for 107 yards and a TD and averaged 5.9 yards per carry.

While Deebo Samuel ranks fourth in the NFL in receiving yards George Kittle is the second leading target with only 227 receiving yards and he has missed the last two games and is out for this one on IR.

The Bears have played good pass defense on the season but their run defense only ranks 23rd and that is not good facing a 49ers team that will lean heavily on the run this Sunday.

Fields Gets Another Go for Bears

Rookie Justin Fields gets another start in this game but he ranks 32nd in the league in QBR and in the blowout loss to the Bucs had no TD and was picked off three times and sacked four times. He has run the ball pretty well in the last two games but the Bears have not allowed him to get out and make plays with his legs downfield.

The 49ers defense is much like the Bears in that they have been good against the pass but have struggled against the run.

Fields has had his issues but he has also played the Packers and Bucs in the last two games. I look for him to run in this game and he and Herbert will pace a good ground game. The 49ers will also run the ball well and I look for Jimmy G to bounce back and play pretty well. Still, the Bears are at home and will make some plays on defense and in what I think will be a close game they may not win but they will cover getting 3.5 points in their house.