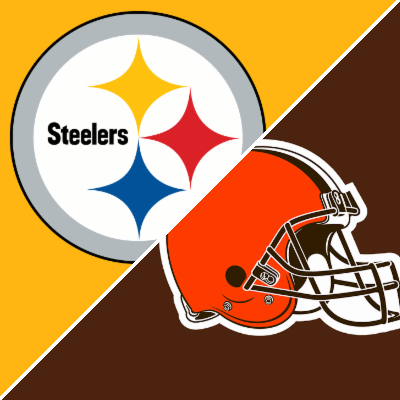 The Steelers have won two in a row and in a big AFC North matchup they hit the road to face a Browns team that snapped their two-game skid in their last game.

Oddsmakers have the Browns as a 3.5-point home favorite in this division matchup with the total sitting at 42.5. The public has slightly backed Cleveland in this game, as they opened as a 3-point favorite and as of Thursday are a 3.5-point favorite.

The Steelers won their second in a row in their last game to get to .500 with a 23-20 OT home win over the Seattle Seahawks. Pittsburgh held on after being outscored 20-6 in the second half and star T.J. Watt came up big in overtime forcing a fumble late, which set up the Steelers’ game-winning field goal.

The Browns were at home in their last game beating the Denver Broncos 17-14. Backup Case Keenum and third string RB D’Ernest Johnson saved the day in a win over a Denver team that has lost four in a row.

This is the first game between these division rivals this season and last season the Browns took two of three games including beating the Steelers in the playoffs.

Steelers Watt is Worth the Dough

T.J. Watt is the highest paid defensive player in the league and he earned his dough in the last game with forced fumble that helped the Steelers get to the .500 mark. He has seven sacks and three forced fumbles and the Cleveland offensive line have their work cut out for them.

Ben Roethlisberger (1,515 yards 7 TD 4 INT) has not put up big numbers in the Steelers two-game win streak but in that span has three TD and has not been picked off.

The Steelers are finally getting some help for Big Ben with the run game. Rookie Najee Harris got off to a slow start and while he only averaged 3.4 yards per carry in the win over Seattle, he rushed for 84 yards and in the last two games has rushed for 203 yards.

Diontae Johnson and Chase Claypool are the top two receivers combining for 734 yards and Claypool is listed as questionable for this game facing the Browns. Najee Harris ranks third on the team in receiving yards and had 46 out of the backfield in the win over the Seahawks.

The Cleveland defense ranks second in the league against the run and seventh against the pass. Myles Garrett leads the NFL with 9.5 sacks.

Case Keenum and D’Ernest Johnson may get the call in this game, as Baker Mayfield and Nick Chubb are listed as questionable. In the win over the Broncos Keenum was solid going 21/33 for 199 yards with a TD and no INT and Johnson was huge rushing for 146 yards and a score averaging 6.6 yards per carry.

Keenum spread the wealth in the win over Denver with seven different players with at least two catches. Jarvis Landry led the team with five catches after missing more than a month with a knee injury.

Pittsburgh ranks in the middle of the pack in terms of pass and run defense but their run defense will be ley, as the Browns will pound the rock on the ground with Johnson again.

The home team is 5-2 ATS in the last seven games between these bitter rivals and I look for that trend to continue.

While I am not sure who will go in this game for the Browns, I know it will be won or lost in the trenches. Cleveland has a solid line on both sides of the ball and they will show that in this game. In a low scoring defensive battle, the Browns will get the close win and barely cover the spread.