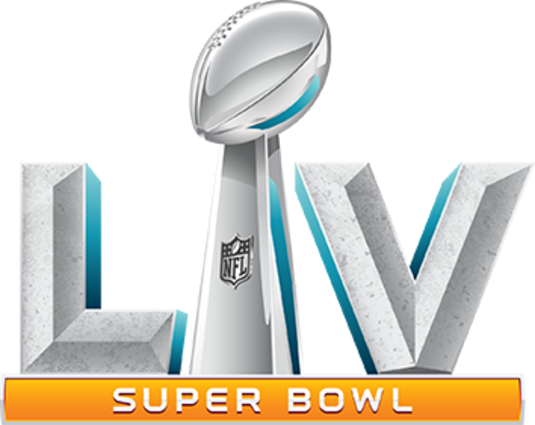 Not a bad Super Bowl, with the GOAT Tom Brady going against his possible heir apparent in Patrick Mahomes and the defending Super Bowl champion in the Kansas City Chiefs. The Chiefs are a 3-point favorite in the big game with the total sitting at 56.5.

The public money has slightly favored the Bucs and as of Monday, February 1, they are a 3-point underdog when they opened as a 3.5-point dog.

Tom Brady will be making his 10th appearance in the big game, and first for the Bucs, and Mahomes will be looking for his second straight Super Bowl win.

The teams met in Week 12 in Kansas City where the Chiefs beat the Bucs 27-24. The Bucs were down 20-3 at the half but Brady played well in a near comeback and Mahomes passed for 462 yards.

One big issue for this game is the Tampa Bay pass rush getting to Mahomes. That pass rush was great in the 31-26 win over Green Bay in the NFC title game with Shaquil Barrett and Jason Pierre-Paul combining for five sacks.

While the KC line is solid they will be without two-time Pro Bowl offensive tackle Eric Fisher, who was injured in the AFC title game and will not play in the Super Bowl.

Tampa Bay’s Antonio Brown and KC’s Le’Veon Bell missed the respective conference title games but each should play in this game.

This game is in Tampa Bay and it is the first time in the history of the Super Bowl where a team is playing in their home stadium.

The Bucs covered the 3.5-point spread in the 27-24 loss to the Chiefs in the regular season and are 4-1 ATS in the last five games against them.

While the Bucs gave up 314 passing yards in the NFC title game their pass rush hounded Aaron Rodgers all game long and only gave up 67 passing yards. The D really came up big after two of Brady’s interceptions forcing Green Bay three-and-out on two of them.

The Bucs only rushed for 76 yards in the game, but Leonard Fournette rushed for 55 yards and a TD averaging 4.6 yards per carry. The team’s leading rusher in Ronald Jones Jr. is banged up and will be a game-time decision.

Brady has a slew of weapons with Antonio Brown, Mike Evans, and Chris Godwin, who had 110 yards in the NFC title game. Oh, yeah and Rob Gronkowski, who has come up big with Brady before in the Super Bowl. The line has to protect the GOAT against a KC pass rush that had four sacks in the AFC title game.

Must Get to Mahomes

It was mentioned before the Tampa pass rush is vital in this game. Mahomes torched the Bucs in the regular season matchup and was only sacked once in the AFC title game where the Chiefs beat the Bills 38-24. In that game he passed for 325 yards with three TD and no INT.

Not only does the pass rush for the Bucs have a tall task but so does the secondary. They have the tall task of trying to contain TE Travis Kelse and WR Tyreek Hill, who combined for 22 catches for 190 receiving yards and two TD in the win over the Bills.

While the Chiefs rushed for 114 yards in the win over the Bills 50-yards came on one TD run by Mecole Hardman. Darrell Williams led the way rushing for 52 yards and a TD and the team’s leading rusher on the season in ClydeEdwards-Helaire only had six carries in the game for seven yards but was nicked up and will be healthy for the Super Bowl.

I would love to go with Brady and the Bucs in this one, but I cannot do it. I think the GOAT will play well and will keep Tampa somewhat close in the game, but the Bucs’ D will not be able to contain Mahomes. The reigning Super Bowl MVP will have a big game and lead the Chiefs to their second-straight Super Bowl and KC will also cover.

We thank Jason for all of his NFL work here on Bettorsworld bot this year and in years past. He’s got a great track record with his picks but we are going to disagree with him on the Super Bowl.

We will show you the score predictions at the bottom of this article. Note that it’s an across the board sweep, with each prediction suggesting the Bucs win straight up.

In fact, you’d be hard pressed to find any statistical methods of making a line that favor the Chiefs to win. In all cases, it’s close. But in the majority, it’s the Bucs on top, often by just a point or two.

So, the game is essentially a toss up. In which case, the correct play is to take the points. Presented with this scenario 100 times, you’re going to win more than 53 of those.

Besides, the story is too good to pass up. The best QB to ever play the game leaves one team and leads his new team to a Super Bowl win. Does anyone really think that’s not going to happen?   : )