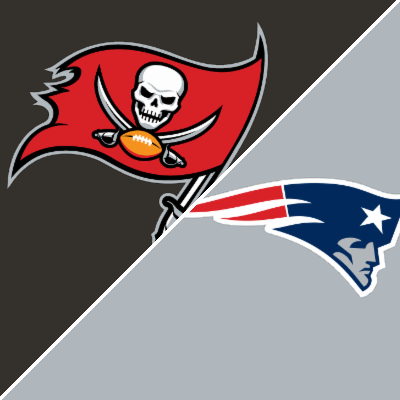 Tom Brady makes his much-anticipated return to Foxborough on Sunday night with the Patriots playing host to the Buccaneers.

The Bucs suffered their first loss of the season in their last game falling to the L.A. Rams 34-24. Brady had a huge game but did not get much help from the run game and the Tampa defense gave up four passing TDs.

The Pats fell to 1-2 on the season with a 28-13 home loss to the New Orleans Saints in their last game. While the defense has been pretty good on the season, they only rank 27thin ppg and their only win was against a winless and hapless New York Jets team.

Brady returns to New England where he brought the team six Super Bowl titles. Brady ranks seventh in the league in QBR, has no lack of weapons, and has 10 TD and two INT. In the loss to the Rams in the last game he passed for 432 yards but only had one TD with no INT and was sacked three times.

The WR duo of Chris Godwin and Mike Evans each have at least 205 receiving yards and TE Rob Gronkowski has 184 yards and four TD.

The Pats’ defense has been pretty good on the season but this will be the first game facing a team with a great offense.

In the Pats 28-13 loss to the Saints rookie QB Mac Jones was picked off three times and the team only rushed for 49 yards. The team lost by 15 points even though they held New Orleans to only 252 total yards.

Jones (737 yards 2 TD 3 INT) ranks 20th in the league in QBR and he had 51 pass attempts in his last game and he needs more help from the run game.

Damien Harris (176 yards 1 TD 3.9 yards per carry) leads the Pats run game and he only had 14 yards on six carries in the loss to the Saints. Jones has some targets with four players for the team with at least 109 receiving yards led by Jakobi Meyers (176 yards 0 TD).

The Pats have to run the ball more with a rookie QB under center and that does not bode well for them in this game. While Tampa Bay ranks dead last in the league in pass defense, they rank a solid fourth in run defense.

The Bucs are 5-0 ATS in their last 5 games following a straight up loss and the Pats have failed to cover the spread in five of their last seven games overall.

Unlike the last game he will get help from the run game, as the Pats only rank 24th in the league defending the run. Jones will be decent but make some rookie mistakes and New England will struggle to run the ball. I do not see this game being a close one, which is why the Bucs will get the win and cover even giving a TD on the road.