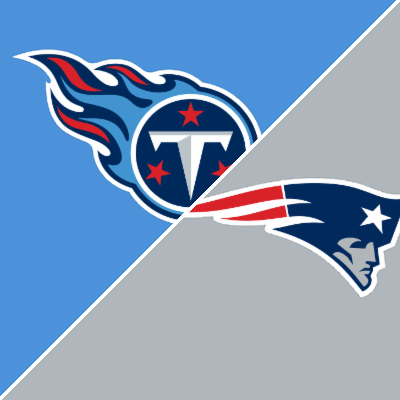 The Titans are coming of a bad loss and head to New England to face a hot Patriots team in an AFC clash.

In their last game the Titans were at home and were shocked having their six-game win streak snapped losing 22-13 against a Houston Texans team that came in with one win. They outgained Houston 420 yards to 190 yards but committed five turnovers and did not force any.

The Pats are hot, as they are riding a five-game win streak and blacked the Atlanta Falcons 25-0 in their last game. The defense dominated the game forcing four turnovers and they held Atlanta to only 165 total yards.

These teams last met in the 2019 playoffs and while the Titans won that game, they are still only 2-5 ATS in their last seven games facing the Patriots.

In the Titans last game, they committed five turnovers with four of them coming from Ryan Tannehill, who was picked off four times. He has passed for 2,681 yards with 13 TD and 12 INT on the season and seven of his 12 picks have come in the last four games.

Tannehill has to play better with star RB Derrick Henry out but who will run the ball? Adrian Peterson led the team with 40 rushing yards in the last game but he was recently cut. That leaves D’Onta Foreman  the “lead” back and he only has 84 rushing yards on the season.

A.J. Brown has been pretty good on the season with 615 receiving yards but he is banged up and second leading receiver Julio Jones is on IR.

The Titans have an uphill battle in this one facing a hot New England defense that ranks sixth in the league in pass D and eighth in run D.

Defense Is Killing It

Not only are the Patriots coming off a shutout win but in their last three games they have only allowed 13 points.

Mac Jones (2,540 yards 14 TD 8 INT) has five TD and two INT in the last three games and while the team does not have a great WR corps or great tight ends New England has six players with at least 210 receiving yards.

Kendrick Bourne and Jakobi Meyers each have at least 522 receiving yards and Bourne is averaging 15.7 yards per catch.

Damien Harris (603 yards 7 TD) has not been big in the last three games after two straight 100+ rushing games but he has been making some plays and is holding onto the rock.

Tennessee will have to play good D in this game and while the team ranks fourth in the league against the run they only rank 24th against the pass.

The Pats have not only won five in a row but they covered the spread in all of those wins.

Tennessee is banged up and without their big star while the Pats are hot with a defense that has played great in the last three games. Look for New England to play great defense again facing a Titans’ team that has some key players injured. Jones will have a decent game managing it well but the New England defense is the main reason they will win and cover and extend their winning streak to six games.