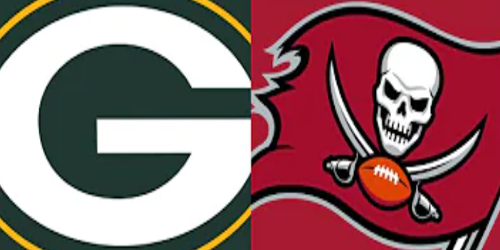 In a marquee matchup in he NFC title game at Lambeau Field between two Hall of Fame quarterbacks the Packers host the Broncos in a rematch of Week 6 this season. The Packers are the 3-point home favorite with the total sitting at 51.

The total and the line have not changed since opening, as of Tuesday.

The Bucs are back in the NFC title game for the first time in nearly 20 years and their first-year QB the GOAT in Tom Brady will be making his 14th appearance in a conference championship game.

The Packers are back in the NFC title game for the season straight season. However, they are at home and this is the first time Aaron Rodgers has been at home in the conference championship game. Lambeau Field is expected to have a temperature in the low 20’s with a chance of snow showers throughout the game.

In their last game the Bucs were on the road and beat the New Orleans Saints 30-20 last week where Brady was not the star but the defense was coming up with four turnovers.

The Packers beat the L.A. Rams last week 32-18 where Rodgers had, yet another, solid game and the team rushed for 188 yards.

In the Week 6 game between these teams the Bucs beat the Packers 38-10. Green Bay was at home in the game and only had 201 total yards where Rodgers had two of his only five interceptions on the season. However, Lambeau Field in Week 6 in mid-October is not the same as it is in the later part of January.

While the Packers failed to cover, obviously, at home in the bad loss to the Bucs this season the home team is 5-2 ATS in the last seven games between these teams.

Can the Old Man and the D Do it?

43-year old Brady has had a great season with a slew of weapons and his D came up big in the last game with three picks and one fumble recovery. Brady only passed for 199 yards in the win over the Saints and while he did not take many deep shots he still had two TD and no INT and was not sacked.

Leonard Fournette rushed for 63 yards in the win over the Saints and while he only averaged 3.7 yards per carry he came up big on big plays and also had 44 receiving yards. Ronald Jones chimed in for 62 yards averaging 3.7 yards per carry.

Brady missed his old pal Rob Gronkowski on a couple of longer passes in the Saints game and Antonio Brown was injured in the game is a question mark for this one. Still, Brady has Mike Evans, Chris Godwin, and Gronk and they will be facing a Packers’ pass D that only gave up 148 passing yards in the win over the Rams.

Can Rodgers Get It Done?

Rodgers has all the stats and the numbers and will win the MVP this season. However, he “only” has one Super Bowl ring while Brady across the field has six. At home the scenario is perfect for Rodgers but can he get it done when it matters?

Rodgers passed for 48 TD and only 5 INT on the season and nearly half of his picks came in the bad loss to the Bucs earlier this season. He only has one pick in his last five games and in the win over the Rams last week passed for 296 yards with two TD and no INT and was not sacked.

Aaron Jones and Jamaal Williams combined for 164 rushing yards in the win over the Rams and they will face one of the tougher run defenses in Tampa Bay.

Man, what a great matchup in the NFC title game and while Rodgers and Brady are the big names I think the defense is what will win this game.

The Packers are on home turf. They will make some big plays on defense getting to Brady and making him pay for mistakes, which New Orleans could not do. This will be a close game but Rodgers will have more magic in his bag and be backed by a better defense and the Packers will win and cover and advance to the Super Bowl.