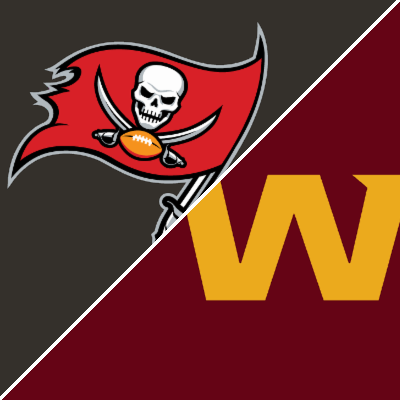 The Bucs had their win streak snapped in their last game and they head to the Nation’s Capital to take on Washington, who has lost four in a row.

No surprise the Bucs are a big 9.5-point favorite in this NFC clash with a total sitting at 51, However, it is surprising that the public has backed Washington, as they opened as a 10-point underdog and as of Thursday are a 9.5-point dog.

Tampa Bay is coming off a bye week and in their last game had their four-game win streak snapped with a 36-27 road loss to the New Orleans Saints. The Bucs had more yards but their run game struggled and the team committed three turnovers while not forcing any.

Washington is also coming off a bye week and in their last game dropped their fourth in a row in a 17-10 road loss to the Denver Broncos. While the Football Team played good defense and they moved the ball they struggled, mightily, in the red zone.

These teams met last season in Washington in the first round of the playoffs where the Football Team gave the Bucs a good run but lost 31-23.

Get Back to the D

The Bucs rank a respectable 13th in the league in ppg allowed (22.9) but gave up 36 points in their loss to the Saints. In the four-game win streak previous to the loss the team had only given up an average of 14.8 ppg.

Tom Brady has to be the MVP frontrunner, as he leads the offense that ranks first in the NFL in both passing yards per game and points per game (32.5).

The GOAT ranks second in the league in passing yards, second in QBR, and while he passed for four TD for the second straight games in the loss to the Saints, he was also picked off twice.

Chris Godwin leads three players for Tampa with at least 418 receiving yards with 660 and the fourth leading target is RB Leonard Fournette (239 yards). Fournette leads the Bucs and their run game, which only ranks 25th in the NFL, and he had rushed for 81 yards in two straight games before only rushing for 26 in the loss to the Saints.

Washington did play good D in their last game but that unit has struggled this season while being one of the best last season. They rank a respectable 11th against the run but dead last against the pass, which is not a good matchup this Sunday facing Brady and the top-ranked passing offense in the league.

Can Washington Turn It Around Again?

Last season Washington was at 2-6 and made the playoffs. They are 2-6 this season but things are different with Dallas sitting at 6-2 in the division and injuries have taken their toll.

The Football team only ranks 25th in the league in ppg while ranking third to last giving up an average of 28.4 ppg.

Taylor Heinicke (1,928 yards 11 TD 9 INT) only ranks 26th in QBR, has four INT in the last three games, and was sacked five times in the last game behind a depleted offensive line.

Tampa Bay’s defense ranks second in the NFL in run defense but only 20th in pass defense.

The Bucs are 3-1-1 ATS in their last five road games facing Washington.

The Football Team put a scare into the Bucs in last season’s playoffs but do not look for that to happen again. Both teams are coming off a bye but Washington still has a lot of issues and injuries. Look for Brady to have a big game against the worst pass defense in the league and for the Bucs to easily win this game, which mean they will also cover the big road spread.