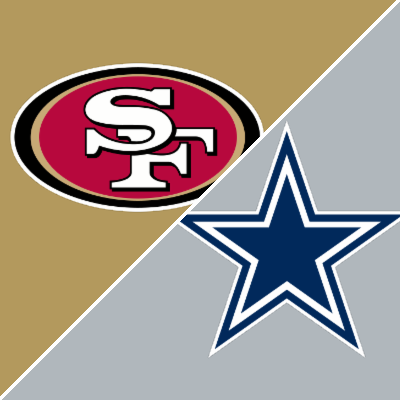 Two old NFC foes face off in the Wild Card round with the Cowboys playing host to the 49ers.

Oddsmakers have the Cowboys as a 3-point home favorite in this game with the total sitting at 51. While the total has gone up 1.5 points since opening the spread has stated the same as of Wednesday.

These teams met late last season in Dallas where the Cowboys beat the 49ers 41-33. The Cowboys are 4-1-1 ATS in their last six games facing the 49ers.

The 49ers won four of their last five games, including their last two, and in their finale were on the road and punched their ticket to the playoffs with a 27-23 OT win over the L.A. Rams.

The Cowboys won five of their last six games of the season and in their last game were on the road and beat the Philadelphia Eagles 51.26. In two of the last three games America’s Team has scored at least 51 points.

The Cowboys lead the NFL in takeaways and the 49ers have to be careful with the rock. Jimmy Garoppolo gutted it out in the win over the Rams with a thumb injury and while he passed for 316 yards with a TD he also was picked off twice, which was his second game in a row with two INT.

Elijah Mitchell (963 yards 5 TD) is banged up with a knee injury but since missing a few games he has totaled 204 rushing yards in the last two games.

Can Dak Keep it Up?

Dak Prescott ended the season on fire with 12 TD over his last three games and he has not been picked off in his last four games.

Prescott has the weapons with three players that have over 800 receiving yards in CeeDee Lamb (1,102 yards), Amari Cooper (865 yards) and Dalton Schultz (808 yards) but will be facing a solid 49ers pass defense that had two INT in the last game.

Ezekiel Elliot (1,002 yards 10 TD) needs to run like he did in the season finale where he rushed for 87 yards and averaged nearly five yards per carry. Tony Pollard ((719 yards 2 TD) has only rushed for 43 yards in the last two games after rushing for 145 yards in the previous two games.

The 49ers balanced defense ranks sixth in the league against the pass and seventh against the run.

Many experts are saying this is a bad matchup for the Cowboys and I agree. Th 49ers have a solid and very physical defense that will look to dominate the line of scrimmage and get after Prescott and they will be successful doing so. I look for Dak to play pretty well but not move the chains on a regular basis. Jimmy G will cut down on the turnovers and play a good game and San Fran will run the ball well. This game will be a close one and while Dallas may win, San Francisco will cover the spread.