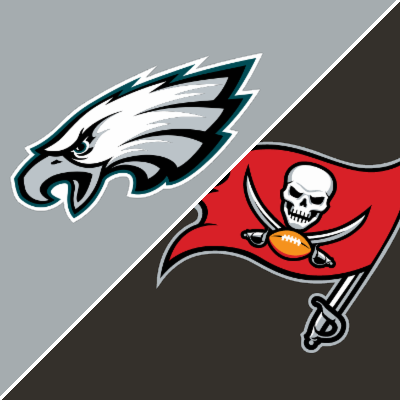 The Eagles had their win streak snapped in their season finale but they are in the playoffs and in the NFC Wild Card round hit the road to face the Bucs, who beat them in Philly in the regular season.

The Bucs are an 8.5-point home betting favorite in this game with the total at 49. The public has, surprisingly, backed the Eagles in this game, as they opened as a 9.5-point underdog and as of Wednesday are a 9.5-point dog.

In the first half of the season in Philadelphia the Bucs beat the Eagles 28-22.

The Eagles had won four in a row before the season finale where they were at home and were crushed 51-26 by the Dallas Cowboys. On the season Philly did not beat one team that made the playoffs.

The Bucs have won three in a row and seven of their last eight games and in their last game were at home and laid a 41-17 beat down on the Carolina Panthers. On the season Tampa Bay beat four teams that made the playoffs.

Hurts Has a Tall Task

Jalen Hurts (3,144 yards 16 TD 9 INT) has a tall task in this game leading the Philly offense and he is also the team’s leading rusher.

The Eagles led the NFL in rushing yards this season but they face a Tampa Bay team that ranks third in the NFL in run defense. Hurts rushed for 784 yards this season and RB Miles Sanders (754 yards 0 TD) is the lead back and missed the last game with a hand injury and is listed as questionable against the Bucs.

DeVonta Smith (916 yards 5 TD) and Dallas Goedert (830 yards 4 TD) are Hurts’ top two targets and they may have to play big if Sanders cannot go and the Eagles have to rely more on the pass.

While Tampa Bay ranks third in the league in run defense, they only rank 21st in pass defense.

The Bucs continued to win even though they had some key players lost for the season in the WR duo of Antonio Brown and Chris Godwin.

Tom Brady is in the MVP debate and he led the NFL in passing yards and passing TD and ranked second in QBR. He has six TD and only one pick in the last two games and in the earlier season win over the Eagles he passed for 297 yards with two TD and a pick.

The Bucs still have WR Mike Evans, who had over 1,000 receiving yards, and TE Rob Gronkowski, who has at least 115 receiving yards in the last two games.

Tampa recently took the RB duo of Leonard Fournette and Giovani Bernard off the IR and if lead rusher Fournette can go it will give Brady yet another weapon.

Philly gave up 475 yards in their bad loss to the Cowboys in the last game and on the season ranked 11th in the league against the pass and ninth against the run.

The underdog is 4-1 ATS in the last five games between these teams but that trend will not continue.

The Eagles kept it pretty close in their loss to the Bucs earlier this season but they will not do so in this game. Brady will play well and the Tampa Bay defense will stuff the run. Hurts cannot carry the team with his arm and that will show in this game. I look for Tampa Bay to play great at home on both sides of the ball and they will win convincingly and cover the spread.