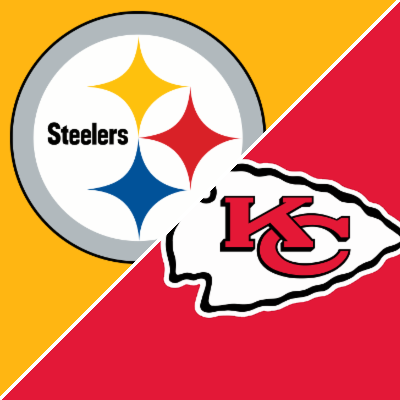 The Steelers eked into the playoffs and they are huge betting underdogs facing the defending AFC champion Chiefs.

The oddsmakers have the Chiefs as a 13-point home favorite with the total sitting at 46.5. As of Friday, the line and the spread have not changed since opening.

The Steelers ended the season well winning three of their last four games, including their last two, but the one loss in that span was losing to the Chiefs on the road 26-10. Pittsburgh only allowed 27 points in their last two games and they have to play that kind of D to have any chance to win this playoff game.

After a slow start the Chiefs ended up winning nine of their last 10 games. They have playoff experience and are at home and while their defense was great for most of the season half, they did give up 58 points in their last two games.

The Chiefs are 5-2 ATS in their last seven home games against the Steelers.

Ben Roethlisberger (3,740 yards 22 TD 10 INT) may be playing in his last game, as he is likely to retire after the season. He is a little banged up but will play and he has one TD and one INT in each of the last three games including the bad loss to the Chiefs were he only passed for 159 yards.

Diontae Johnson and Chase Claypool combined for over 2,000 receiving yards this season but neither has put up big numbers as of late especially Claypool, who only has 54 receiving yards in the last two games.

Najee Harris (1,200 yards 7 TD) is listed as questionable with an elbow injury but he will play in this game. He has a lot of pressure, as the Steelers will look to pound the rock on the ground early and often. After rushing for 288 yards in two games he only had 28 yards averaging 2.5 yards per carry in the last game.

The KC defense digressed some at the end of the season and, overall, they rank 27th in the league against the pass and 21st against the run.

Second Half Mahomes Is Needed

Patrick Mahomes was plagued by turnovers in the first half of the season but played well in the second half and in the last five games was only picked off once. He ended the season with the fourth most yards in the league, had two TD and no INT in each of the last two games, and in the win over the Steelers late in the season was 23/30 for 258 yards with three TD and no picks.

Tyreek Hill and Travis Kelse each had over 1,100 receiving yards and while they have not had big games as of late it is playoff time and they are Mahomes’ key targets.

Lead rusher Darrel Williams (558 yards 6 TD) is banged up and only rushed for 17 yards in the last game. Clyde Edwards-Helaire (517 yards 4 TD) is also listed as questionable but he should go after missing the last two games.

The Pittsburgh defense ranks a legit ninth in the NFL against the pass but dead last against the run.

The Chiefs’ defense was not very good at the end of the season and they face a Steelers team that does not have much pressure on them as a huge underdog. Still, it is playoff time and that means it is Mahomes time. He will have a big game and the Steelers will not be able to keep up even though they will put up points. Pittsburgh lost to KC by 26 points late in the season and while they may not lose by that much in this game, the Chiefs will win handily and cover the spread.