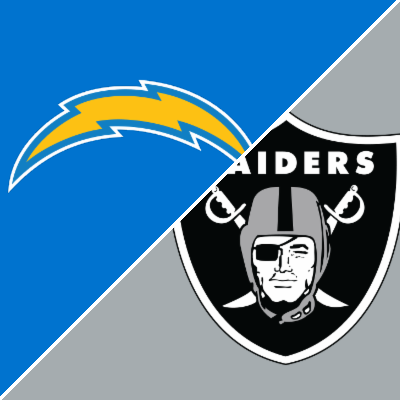 It is pretty easy for this AFC West clash and season finale, as the winner will make the playoffs while the loser will likely not. If the Chargers lose they are out and if the Raiders lose they will need the Steelers and Colts to lose to make it.

The Chargers are a 3-point home favorite for this division matchup with a total sitting at 49.5. while the total has gone up a point since opening the spread has not changed as of Thursday.

The Chargers snapped their two-game skid in their last game with a 34-13 home win over the Denver Broncos. The Chargers did not outgain the Broncos by much but they forced the game’s only turnover and they were 9-15 on third down while holding Denver to 3-11 on third down.

The Raiders won their third in a row in their last game with a 23-20 win over the Indianapolis Colts. Las Vegas overcame a few mistakes to keep it close and then made a late drive where they kicked the game-winning field goal as time expired.

Early this season in L.A. the Chargers beat the Raiders 28-14. The Chargers have won five of their last six road games facing the Raiders.

Defense Has to Step Up

The Chargers had given up 75 points before only giving up 13 in the last game and only gave up 14 in the win over the Raiders early this season.

Justin Herbert (4,631 yards 35 TD 14 INT) has the third most passing yards in the NFL and passed for two TD and no INT in the last game after two TD and three picks in the previous two games.

Keenan Allen and Mike Williams each have over 1,000 yards and while Allen only has 79 yards in the last two games Williams has 112 yards in that span.

Las Vegas ranks a legit 10th in the league in pass defense but only 21st in run defense and they gave up 168 rushing yards in the loss to the Chargers this season.

The Raiders are still in the playoff picture with all the off-the-field issues this season and won last week despite some big mistakes.

Derek Carr (4,614 yards 21 TD 14 INT) ranks just behind Herbert in passing yards and even though the Raiders have won the last three games he has three TD and four INT including two in the last game.

Josh Jacobs (740 yards 8 TD) has run the ball better in the second half and has rushed for 244 yards in the last three games. He is listed as questionable but should go for this huge game. He only rushed for 40 yards on 13 carries in the earlier season loss to the Chargers.

The Chargers rank 13th in the league in pass defense but only 30th in run defense.

The Chargers were impressive in their last game and in the win over the Raiders this season. They have too much talent and with Herbert their offense will not be contained. I look for the Carr and the Raiders to keep up with them for a while and keep it close but L.A. will get the win and cover and head to the playoffs.