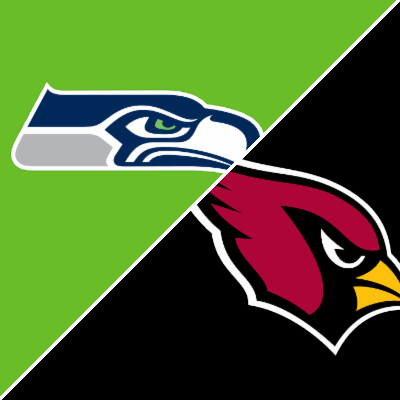 The Cardinals snapped their three-game skid in their last game and they need a win in this one and some help to win the NFC West title.

Oddsmakers have the Cardinals as a 6.5-point home favorite in this NFC West matchup with a total of 48. As of Wednesday, the spread and the total have not changed since opening.

The Seahawks had lost two in a row before laying a 51-29 home beatdown on the Detroit Lions in their last game. Seattle racked up nearly 500 yards of offense, rushed for 265 yards, and forced three turnovers while not committing any.

The Cardinals got a huge win in their last game with a 25-22 road win over the Cowboys. They are in the playoffs and can win the NFC West with a win over the Seahawks and if the 49ers beat the Rams in L.A. In the win over Dallas, they outgained the Cowboys by 98 yards and held America’s Team to only 45 rushing yards.

Earlier this season in the Great Northwest the Cardinals beat the Seahawks and Kyler Murray did not play in the game.

Is this Wilson’s Last Game for Seattle?

Russell Wilson has been banged up and not gotten much help this season and this may be his last game for the Seahawks. He has 22 TD and only five INT and ranks 14th in the league in QBR and in the blowout win over the Lions he passed for 236 yards with four TD and no INT.

If there is one bright spot for the Seahawks this season is that they may have found their RB of the future. Rashaad Penny 559 (yards 5 TD) has taken over as the lead RB, had 170 rushing yards in the last game, and has rushed for at least 135 yards in three of the last four games including the last two.

The Arizona defense ranks eighth in the league against the pass and 11th against the run.

After three losses where Kyler Murray (3,547 yards 23 TD 10 INT) had only two TD and three INT he came through in the win over Dallas passing for 263 yards with two TD and no picks.

While Murray has obviously missed DeAndre Hopkins, who is out for the season, he still has Christian Kirk (939 yards 5 TD) and A.J. Green (825 yards 3 TD), who combined for 153 yards in the win over the Cowboys.

James Conner leads the Cardinals with 700 rushing yards and he missed the last game but has practiced this week and will likely go in this game. Chase Edmonds (592 yards 2 TD) has rushed for at least 53 yards in each of the last three games and he is also questionable with a toe and rib injury.

Seattle’s defense has taken a big step back this season ranking second to last in the league against the pass and 18th against the run.

The Seahawks are 5-2-1 ATS in their last eight games facing the Cardinals in Arizona and I look for that trend to continue.

Murray played well in the last game and I look for him and the Cardinals’ offense to play well in this game. However, Seattle is playing with house money with nothing to lose and Wilson and Penny will have big games. The Seahawks may not get the win in this game but they will keep it close and, at least, cover the spread.