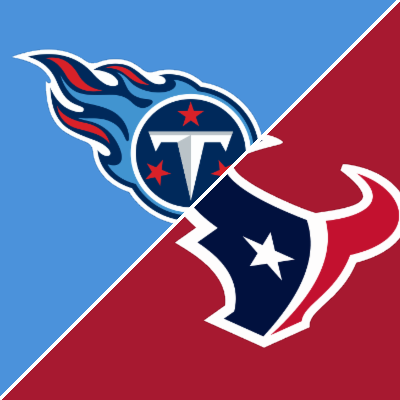 The Titans can wrap up the top-seed in the AFC in the playoffs and the only conference bye with a win over the Texans in the Lone Star State.

The oddsmakers have the Titans as a big 10.5-point road favorite in this AFC South matchup with a total of 43. The public has, actually, backed the Texans in this game, as they opened as an 11-point underdog and as of Thursday they are a 10.5-point dog.

The Titans have won three of their last four games including their last two and in their last game they were at home and laid a 34-3 beat down on the Miami Dolphins. Tennessee forced the game’s only two turnovers and rushed for 198 yards while only giving up 74 rushing yards.

The Texans had won two in a row before their last game where they were on the road and lost to the San Francisco 49ers. Houston was outgained by nearly 200 yards and were outscored 20-0 in the second half.

Earlier in the season in Tennessee the Texans beat the Titans 22-13. The Texans are 6-1 ATS in their last seven home games facing the Titans.

The Bye Would Be Huge

The Titans will bag the top seed in the AFC in the playoffs if they beat the Texans and the bye, they get would be huge. They would get a week of rest and they may also get another week to evaluate star RB Derrick Henry, who is slated to come off IR.

Ryan Tannehill (3,447 yards 17 TD 14 INT) has three TD and no INT in the last two games and looks for atone for the worst game of the season in the first matchup with the Texans where he was picked off four times.

Lead WR A.J. Brown had 41 receiving yards in the last game after 145 in the previous game. Tennessee is thin at the WR position and Julio Jones is questionable and has not done much in the last few games, which is why the bye to get Henry back is just that much more important.

While Henry back would be huge D’Onta Foreman has manned the backfield well with him out and he has over 100 rushing yards in two of the last three games and in the last one went for 132 yards and a TD.

Houston’s defense ranks 21st in the league defending the pass and dead last defending the run, which is a major concern in the finale with the Titans likely to lean heavily on the run.

Looking for Some Offense

After the Texans only rank 30th in the league averaging 15.9 ppg and after totaling 71 points in two wins they were back to their low-scoring ways in their last game with only seven points.

One bright spot for the Texans on the season has been the play of rookie QB David Mills (2,363 yards 13 TD 10 INT). He has six TD and only two INT in the last four games and he may have given himself a shot to be the starter for Houston next season.

Houston also has a thin WR corps, as Brandin Cooks has 1,011 yards while the next leading WR in Nico Collins has 379 yards and less than 100 in the last three games.

Houston has leaned heavily as of late on lead rusher Rex Burkhead (403 yards 3 TD), who had one huge game in the last four with 149 rushing yards but has not done much in the other three games where he failed to average over 3.6 yards per carry.

The Tennessee defense stepped up in the last game only allowing three points and, on the season, they rank 23rd in the league against the pass and second against the run.

The Titans still have a lot to play for in the finale and they may have some revenge on their minds after losing at home to the Texans this season. They are giving double digits in points but they will pound the rock on the ground and be very successful doing so. Tennessee will run the ball well and play good D and that will equal a win and they will also cover and sew up AFC #1 seed in the process.