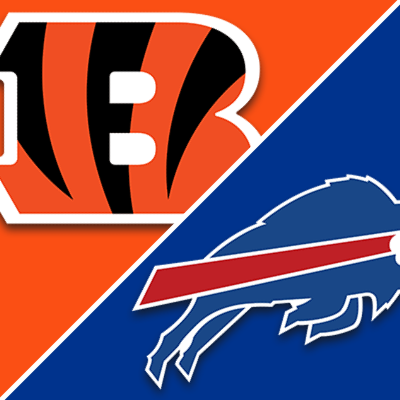 The Bills will host the Dolphins on Sunday in the divisional round of the AFC playoffs in a game that will kick off at 3 PM EST. The Bills opened as -3.5 point favorites with the early betting action pushing that number to -5.5 as of Thursday. The current total is 48.5.

The Bills enter this game off of a narrow escape against the Dolphins having jumped out to a 17-0 lead only to allow the Dolphins to come back and take a 24-20 lead. In the end it was the Bills on top 34-31 but it wasn’t a walk in the park.

It wasn’t easy for the Bengals either. They needed a 98 yard TD run from defensive end Sam Hubbard off a fumble recovery on the goal line to go ahead and win their game against division rival Baltimore.

But here we are, the game everyone wanted a couple of weeks ago but didn’t get because of the Damar Hamlin injury. Thankfully Hamlin is on the mend. There’s nothing more important than the kids health. Football is is only a game.

We’ll just say however, the NFL did a terrible job with this. The original game should have been played at some point. Or, a solution that was fair all around should have been reached. In the end, the Bengals got the short end of the stick and the neutral site AFC Title game is a joke if that’s what happens. It is what it is and we move on.

Here’s a look at the remaining teams yards per point numbers over the last 7 games of the season along with their differential.

You can take the differential and use those numbers as a power rating to get a quick number on a game, on a neutral field.

What changes the most from the season to date numbers to only using the last 7 games is the differential gap. The 49ers and Bengals have created a larger gap down the stretch.

So on a neutral field the Bengals would be almost 5 points better using these numbers, before awarding whatever home field edge you’d like for the Bills.

Here are the predictions from our model.

The prediction using data from the full season has the Bills covering by a nose. The two predictions using the most recent data point towards the Bengals.

Immediately following last year’s loss to KC in the divisional round the feeling here was that the Bills would be on a mission this year. They’d get back to that very same spot with a chance to right a wrong. Well, here they are. It certainly didn’t take a rocket scientist to predict that.

Without looking at any numbers following last week, after the Bills narrow escape, the feeling here was that Buffalo would play a much better game this week and potentially roll.

You can excuse them for possibly losing focus last week. It’s been a whirlwind couple of weeks with the Damar Hamlin injury and everything that went along with it. Now it looks like that’s in the rearview mirror. Don’t be surprised if Hamlin makes an appearance at the game this week. He’s been at Bills practice all week. What an emotional boost that would be.

Also in the Bills favor would be the injuries to the offensive line for Cincinnati. Now, to be fair, the Bengals almost won a Super Bowl with offensive line issues. But they revamped that line for this year’s run. Now, injuries leave them with 3 back ups, a rookie and Ted Karras.

Plenty of numbers suggest the Bengals plus the points are worth a shot here. This is a good football team with a superstar QB who is 4-1 in playoff games. They lost 4 games this year and only one of those was by more than 5 points. In fact, last year they lost 7 regular season games but only two by more than 5 points. Wins or close games are the norm.

On the flip side, the Bills won 14 games so far this year and 9 of those margins were 5+.

This should be a good one. Don’t expect Josh Allen to turn the ball over 3 times this week. Expect his best. Most of the numbers we rely on suggest a Bengals cover. But sometimes, especially in these spots you have to consider things not measured with metrics.

The electric atmosphere, home field edge, all of the emotion involving Hamlin and the opportunity to complete a task the Bills players felt they should have completed last year can all help towards extending enough of a margin to get the cover here. The Bills punch their ticket to the AFC Championship game Sunday evening.