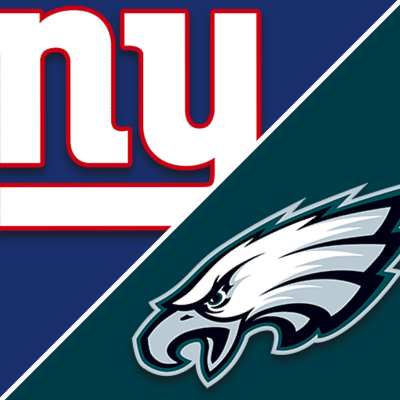 The Eagles will host the Giants in prime time on Saturday night in the divisional round of the playoffs. The game kicks off at 8:15 PM EST with the Eagles favored by -7.5 and a current posted total of 48.

These NFC East division rivals are very familiar with each other, facing each other twice every year. In the first meeting this year the Eagles beat up on the Giants in New York 48-22. The 2nd meeting came in a game the Giants didn’t need, a 22-16 Eagles win with the Giants resting starters.

We’ll take a quick look at some simple predictive stats as we do with all of the playoff games to give you a quick snapshot of these teams. We’ll start with the very popular yards per play stat.

There are 4 teams of the 8 remaining that have a season to date yards per play differential of +1 or higher. Those teams would be the Chiefs, Bills, 49ers and these Philadelphia Eagles. It should come as no surprise that the leading NFL teams in this category are all trying to punch their tickets to the conference championship game this weekend.

The Giants yards per play number is -0.4. They are the only team remaining with a negative number. Using these numbers to make a line on this game and factoring in the home field edge for Philly, the Eagles come up favored by 10.

The yards per point numbers over the last 7 games aren’t quite as impressive for the Eagles. Specifically that defensive number.

Those numbers do improve a tad defensively if we only take into account the Eagles home games. However, after decades of looking at yards per point numbers we can tell you that those typically aren’t the kinds of numbers we’d associate with a team heading to the Super Bowl.

The first prediction and the 3rd would be the most predictive. This time of year we’d lean more heavily on the 3rd one that only takes into account the last 7 games. Here we see a predicted Eagles win by 8 or 9 points.

We look at this game the opposite of the way way we looked at Tampa/Dallas this past week. We liked the Cowboys mainly because their season to date numbers and results showed them to be a very good team who was in off of their worst performance of the year. We expected the bounce back and we got it.

In this game, the Giants have been a mediocre team most of the year. In their case, they had a good 1st half to the season and then stumbled down the stretch. They came to life in the playoffs last and turned in their finest performance yet.

But it’s a mediocre team that played a great game. We’d expect them to come back down to earth this week. Also consider the opponent. Bettors often overreact to a teams most recent performance.

The Eagles yards per play number puts them with the leagues elite heading into this weekend. They can move the ball and should be able to end the Giants season at home on Saturday night.

As far the the margin goes, for starters, the Eagles would be a good choice to use in teasers. A 7 point teaser knocks them down to pk and a 6 pointer to -1.5. Either works.

Ultimately we also feel the Eagles will cover the number here as well. The Giants are getting some love from the betting public so if you decide to go this route watch the board and look for a -7.