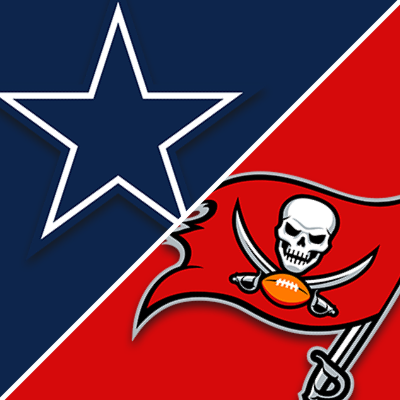 The Tampa Bay Buccaneers will host the Dallas Cowboys in Wild Card Playoff action in prime time on Monday night. The Cowboys are -2.5 point road favorites in this one with a current posted total of 45.5.

Well, they certainly saved the best for last. Not in the quality of the two teams taking the field but with the drama involved for both teams. Let’s start with the Cowboys.

The Dallas Cowboys are on the verge of becoming the biggest joke in professional sports. They have a loud mouthed owner who does nothing but flap his gums and get in the way and the team itself simply can’t win when it counts. Oh, and they have the most overrated QB to come down the pike in years.

If you’re a Cowboys fan, nothing short of an appearance in the NFC Championship game should be acceptable. We’ll give them a pass if they get to that game and lose. But a loss in Tampa or should they beat Tampa and lose the following week, then heads should roll, starting with the head coach and Quarterback. No, we aren’t Cowboys fans.

On to the Bucs

There’s lots of “sharp” action on the Bucs this week. I suppose that’s because they’re playing a team and organization as dysfunctional as the Cowboys. It can’t be because the Bucs are a good team. They aren’t.

Sure, Tom Brady. Many suggest Brady will put on his Superman cape and come to life because it’s the playoffs. Meh. We’ll see. This has to be the worst team he’s led into the playoffs in his entire career. Starting with the head coach.

Good players and coaches can help make the Tom Brady’s of the world look great. This year, they have failed to do that.

When handicapping the NFL playoffs you’ll of course want to use all of the various metrics that handicappers use but there also comes a time to when your own opinion comes into play after watching these teams all year.

From a stat standpoint there are reasons to like the Bucs. Let’s start with our model which uses many of these metrics to predict a final score using different time frame parameters.

As we say in every write up, the two most important scores are the ones using full season data and the last 7 games. As you can see, both suggest a very narrow Cowboys win but a Bucs cover.

Here are the yards per point numbers over the last 7 games, not including last week, which was meaningless for the Bucs.

The feeling here is that the Cowboys find a way to win this game. Sure, Dak Prescott is terrible and overmatched head to head against Brady. But the supporting cast, players and coaches, neutralizes that.

A team can’t look much worse than Dallas did last week. That’s one of the reasons we like them this week. They lost 4 times previously this year and followed every losing performance with a win, a couple convincingly. They didn’t “need’ that game last week against Washington and that was made clear by halftime.

The Cowboys won 12 games this year. They earned this playoff spot. Their numbers are better than the Bucs across the board. The Bucs dismal spread record this year shows how overrated this team has been because of #12 behind center.

This is easily the biggest game in decades for the Cowboys. They haven’t made it past the divisional round in the playoffs since 1995! They haven’t won a road playoff game in 30 years!

The only thing preventing this franchise from becoming the biggest joke in professional sports is a win over the Bucs. A team that they have proven to be better than if regular season numbers mean anything.