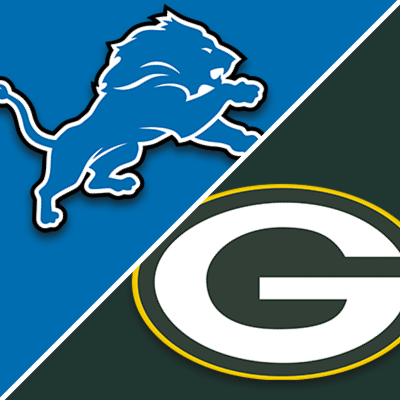 The Green Bay Packers will host the Detroit Lions on Sunday night in what will be the final game of the 2022-2023 regular season providing that the Bills-Bengals game is not played (at this time it looks like it will not be played). The Packers are favored by -4.5 with a total of 49.

Other than the Titans vs. Jaguars game, this week 18 matchup is as close to a regular season playoff game as we’re going to get. For it to be a true win and in scenario, the Seahawks would have to lose to the Rams at 4:25 pm EST. If that happens, then it’s win and in for the Lions.

If the Seahawks win, the Lions are eliminated. So if you like drama, root for the Rams on Sunday afternoon!

Of course the possibility of the Lions already being eliminated when this game takes place adds another wrinkle to the handicapping process. But either way, the Lions will show up and give 110% in this game. Either a chance to get in the playoffs or a chance to keep their division rival out.

Whatever the scenario, this is a game between two of the hottest teams in the NFL at the moment. In our write up for the Titans-Jaguars game we showed you the yards per point numbers for the last 7 games only to highlight current form. Check out the numbers for these two teams when doing that.

Again, we ran these numbers for playoff teams and teams with a chance to get in of which there are 17.  To put these numbers in perspective, the average yards per point number on offense of those 17 teams is 14.8 and the average number on defense is 16.2.

So yes, the Packers who couldn’t get out of their own way for much of the year are now smoking offensively while the Lions, known for their offense, have improved drastically on the defensive side of the ball. It’s a shame they both can’t make the playoffs!

Here are the predictions from our model.

We generally disregard the prediction that only uses 4 games. It’s really not enough data. Bare minimum. But the other two predictions as you can see, favor the Lions +4.5.

If the Lions enter this game already eliminated, it may actually make them even more dangerous here. That’s because they will come in loose. No pressure. It opens the playbook. They can take chances they might not take if they could still get into the playoffs.

Regardless of the scenario the feeling here is that the Lions give the Packers all they can handle on Sunday night. A straight up win is certainly on the table. If not a win, those +4.5 points could loom large as this game has last second field goal written all over it.