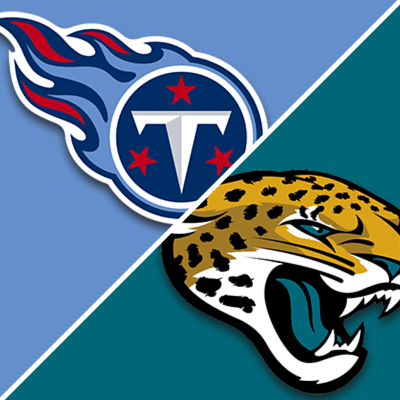 The Tennessee Titans will visit the Jacksonville Jaguars on Saturday night January 7th in a game that kicks off at 8:15 pm EST. The Jags opened up as -7 point favorites and has since settled in at -6 at most books.

As everyone knows this game is essentially a playoff game. The Jaguars can still get in with a loss, but they would need all kinds of help in order for that to happen. A loss for the Titans and they are eliminated. Regardless of the Jags longshot chances should they lose, this is a must win game for both teams.

The Jags sit at 8-8 while the Titans are 7-9. So two mediocre records however what really stands out about these two teams is their current form as they arrived at these mediocre records in very different ways.

The Jags have won 5 of their last 6 games including big games against the Cowboys, Jets and Ravens. The Titans have lost 6 straight including a 19-14 home loss to the Texans. The Titans are banged up with perhaps no injury more crucial than QB Ryan Tannehill’s ankle.

Regardless of whether or not teams come into these crucial late season or playoff games on extended winning or losing streaks it’s important from a handicapping perspective to look at how they have performed over a more recent time frame than the entire season.

Here’s a look at the yards per point numbers for both of these teams using only stats from the last 7 games.

You can use these numbers as a power rating by subtracting the offensive number from the defensive number. You can then make a line on a game by comparing the differential of the two teams. In this case the Jaguars would be around a -6.5 point favorite on a neutral field.

To put these numbers in perspective, there are 17 teams that are either playoff teams (clinched) or teams that can get in this week by winning. The average yards per point number on offense of those 17 teams is 14.8 and the average number on defense is 16.2.

Here are the score predictions from our model which will show predictions based on different time frame parameters.

You can see that the score predictions using data from both the last 7 games and last 4 games heavily favors the Jags. The data using full season data has a Jags win by 6, right at the current number.

We agree with model. The Jags have some huge edges in this game. None bigger than the QB. We all know how important it is to have a franchise QB in order to win playoff games and championships. Trevor Lawrence is the real deal and this game has the potential to be his coming out party. The game people look back at and say this is where he took his first giant step towards guiding the Jags to serious contender on a yearly basis.

We’ll back the hot team with the future superstar QB and we’ll lay the -6 in a game the Jags should win handily.