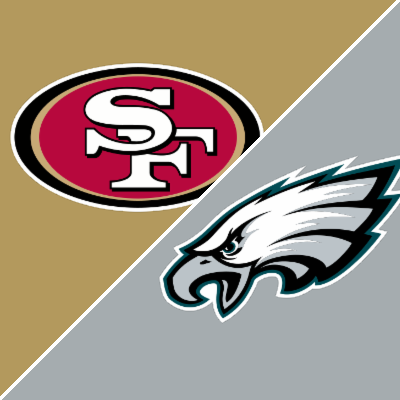 The NFC Championship game will be played on Sunday, January 29th in Philadelphia with the Eagles hosting the San Francisco 49ers. The Eagles are a -2.5 point favorite with a total of 45.5.

In NFC Championship games, the home team is 34-18 straight up historically. Similar results can be found in the AFC.

Those results shouldn’t surprise anyone. The team that was the best all season long secures the top seed and home field for this game should they win their divisional game.

The Eagles got an extra week to get healthy and the last time they had to leave home was Christmas Eve. The 49ers have had to play two playoff games and now must travel across the country to play in a hostile environment. Talent aside, you can’t ignore those edges.

Before we get to the numbers here’s something to consider. The 49ers may very well have lost at home last weekend to the Cowboys had they been facing a team with a big time QB. Dak Prescott is an average QB at best. He can’t win a big game. Can Jalen Hurts? We’ll see. At this point he’s 1-1 in the playoffs and gets his first real test Sunday.

And the Numbers Say….

Here are each teams yards per point numbers over the last 7 games.

Those ypp numbers clearly favor the 49ers on both sides of the ball. We use the last 7 games to show the teams current form but it’s worth noting that those numbers hold up over the entire year.

Not much separates these two teams using the yards per play differential stat either. The 49ers are +1 and the Eagles are +1.1. That would make Philly a 1/2 point better on a neutral field. Add in the home field and bam, you’re right at the current line on this game of -2.5.

We mentioned in one of our 49ers write ups the potential for the moment to be too big for Brock Purdy, on the road at Philly in the Championship game. If it’s going to happen, this would be the game. But the kid has shown no signs whatsoever of even being close to rattled to this point.

In Purdy’s favor would be the fact that Jalen Hurts is in the same boat. Even more so as he’s got the experience edge. If he comes up short people will start calking him Dak 2.0.

When we stray from the numbers we tend to get in trouble. We won every game wild card weekend and started this past weekend 2-0. We let our gut get in the way of the Sunday games and paid the price with an 0-2 ticket.

For this game, the numbers say San Francisco has a great chance to win this game. The gut says the Eagles, at home with all of the advantages that affords likely find a way to win.