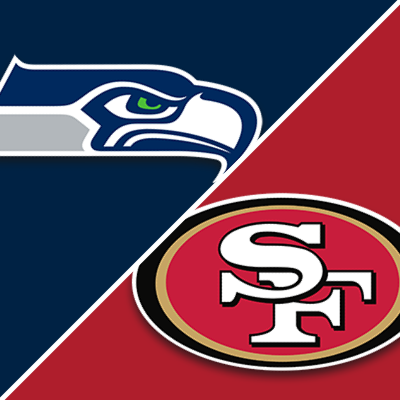 The Seattle Seahawks will visit the San Francisco 49ers in the first Wild Card game of the weekend. The 49ers opened as -9.5 point favorites at CIRCA in Vegas with a total of 44.5. Currently there are a mix of 9.5’s and 10’s on the board with a total of 43.

-10 would appear to be the sticking point for this game as there were -10’s across the board this morning before some Seattle money made some of those 10’s disappear.

The 49ers are among the cream of the crop in the NFL this year. The have a dominant defense to go along with an offense that hasn’t missed a beat since Jimmy Garoppolo went down with a season ending injury.

In fact, what makes the 49ers scary is that with Jimmy G behind center they topped 33 points twice thru week 12. From week 13 onward they have topped 33 points 5 times. That, to go along with the best defense in the NFL. Look out!

The only potential issue for the 49ers in the playoffs is whether the moment ever becomes too big for Brock Purdy. Not an issue at home, wild card weekend against Seattle. Could be an issue in the NFC Championship game, especially if it’s on the road at Philly.

The 49ers yards per point numbers over the last 7 games is 12.4 on offense and 21.8 on defense. Superb. The largest positive differential in the league.

The Seahawks are a mediocre football team that needed help to get into the playoffs and were lucky to win last week. Those same yards per point numbers for Seattle over the last 7 weeks are 16.3 on offense and 15.3 on defense. Below average.

These two teams have obviously played twice this year with San Fran winning both games, 27-7 and 21-13. In the first game the Seahawks had 39 yards rushing. In the 2nd game they had 70 rushing yards. You won’t win many games when you average 55 rushing yards against a particular opponent.

Here’s a look at the score predictions from our model using data from the entire year, last 4 games and last 7 games.

The score using only 4 games can be discarded. Too small of a sample size. The score that tells the story is the one using the last 7 games. It shows current form and eliminates the first half of the season which is much less relevant now. Just ask the Jags.

The 49ers have every conceivable edge in this game. Can Pete Carroll come up with  game plan that allows his team to hang around and have a shot in the 4th quarter? Sure. He’s a great coach. But we’re not willing to bet on it.

Hate laying big numbers in the NFL as so many games come down to the final 2 minutes. But the 49ers appear to be too good.

We’d also consider the Seattle team total under 16. If the 49ers dominate and cover the -9.5 as we think they will, the Seahawks won’t see the endzone much.