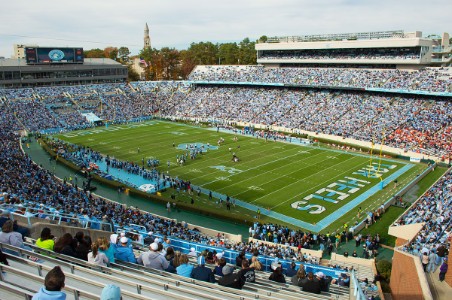 Miami put up a valiant effort in their opening season loss to a ranked Florida team and on the road facing North Carolina they are a 5 point road favorite with a total of 47.5.

UNC won their season opener as a double digit underdog against South Carolina and they are another underdog in this game, which is the ACC opening game for each team.

Last season at home Miami thumped UNC beating them 47-10. However, the Hurricanes have failed to cover the spread in six of their last seven road games against the Tar Heels.

Not only has Miami not been a good bet against UNC in their house in over a decade they are only 3-8 ATS in their last 11 road games.

Down to the Wire

Miami went down to the wire in their 24-20 loss in their season opener where the big play in the game was the deep pass that set up the Gators for their game-winning TD. The Canes kept fighting back but in the end it was too much.

The Hurricanes had their chances and while they only had three fewer overall yards in the game (304-301) they forced four turnovers and only had one.

Jarren Williams was 19-30 for 214 yards with a TD and Brevin Jordan led the Canes with 81 receiving yards.

DeeJay Dallas led Miami with 94 rushing yards on 11 carries, but most came on a 51-yard TD scamper.

Miami has two freshmen starting on their offensive line and they gave up double digits in sacks in the loss to UNC and have to shore up in this game facing a decent UNC pass rush.

Should not have been that Close

UNC beat South Carolina 24-20 in their opening game and it should not have been that close. They outgained the Gamecocks 483 yards to 270 yards and dominated the ground game but needed two 4th quarter interceptions to seal the deal.

Still, UNC was down 11 points coming into the 4th quarter and they pulled off the huge win for legendary coach Mack Brown, who is back on the sidelines after a five-year hiatus.

The Tar Heels were too conservative in their offense behind freshman QB Sam Howell, who was 15.24 for 245 yards with two TD and no INT but could have made better calls late to give UNC breathing room.

The Heels did have a great ground game in the win rushing for 245 yards with Dazz Newsome and Dyami Brown combining for 143 yards.

North Carolina only had five wins in the last two seasons and this game is HUGE for them looking to be back to being a legit ACC threat.

UNC is 6-2 ATS in their last eight home games and covered at home against South Carolina even as a 12.5-point underdog.

The Mack Brown story for UNC is a great one and last week was a great win for the Heels. We give the Heels a shot to pull another upset and make Mack Brown the talk of college football for another week.