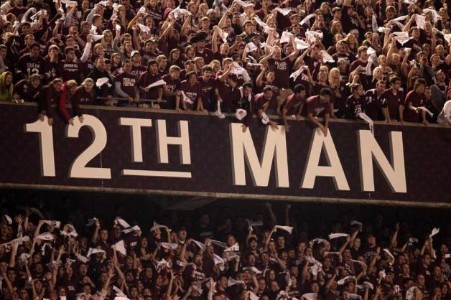 Texas A&M was set to be a legit test for Alabama, but after how it’s looked the last couple games, that may not be the case.

A&M battled Clemson, but have looked mediocre at best in their two SEC games, losing to Auburn and barely beating Arkansas. That’s why the Crimson Tide were -17 point road favorites early in the week with an over/under of 61.

Betting against Alabama is rarely a good idea, but Texas A&M has covered in the last two matchups and only lost 27-19 in the last meeting at College Station as a 25-point underdog.

There are also questions about the Tide, which is why the spread wasn’t over 20 points. They’ve given up 54 points in two SEC games against subpar competition in South Carolina and Ole Miss.

The Aggies may not be playing well, but at home against the No. 1 team in the country, they’ll be plenty excited.

To have a chance, the Aggies need to get more from their ground game. Isaiah Spiller may lead the team with 6.2 yards per carry, but he has 13 carries for nine yards in the last two games.

Otherwise, Jacob Kibodi is at a mediocre 4.0 yards per carry. That’s the best place to attack Alabama, which is what Ole Miss did last week. If A&M can’t run the ball, everything will be on quarterback Kellen Mond.

While he’s had some big games throughout his career, he still lacks consistency as he has an interception in all but one game while also getting sacked seven times in the last two. Alabama’s defense can be exploited and t’s a matter of whether A&M has the guys to do that or not.

Of course, the Aggies still have to somewhat contain an offense that’s scoring more than 50 points per game. Tua Tagovailoa hasn’t been stopped, though it’s worth noting Alabama hasn’t played any legit defenses. A&M may be the first if it can put everything together, though it’s given up 55 points the last two games.

Even though the Tide managed just 3.9 yards per carry in this matchup last year, Tagovailoa had no trouble, throwing for 387 yards and four touchdowns in the 45-23 win. Tagovailoa is doing whatever he wants at this point, completing 76.4% of his passes for 11.6 yards per attempt, 23 touchdowns and zero interceptions.

This may be the hardest defense he will have faced, but that also may not matter with stud wideouts Jerry Jeudy and DeVonta Smith running down the field. Running back Najee Harris quietly has 6.2 yards per carry for 332 rushing yards. While they can run the ball when needed, this offense is focused around juicing Tagovailoa’s numbers.

A&M could stay in this game if Mond gets going or the rushing attack does more than it has in recent contests. If not, it’ll be up to the Aggies to stop Tagovailoa and company a couple times. If not, there’s a good chance Alabama could put up another 40-plus points, which means the Aggies will have to reach at least 20.