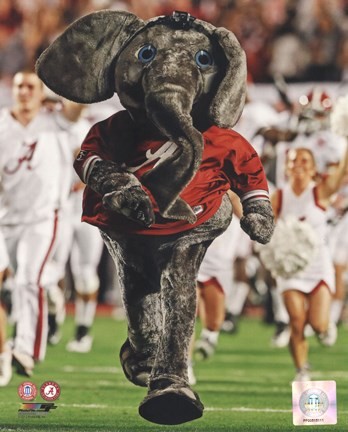 Things were supposed to be different for Ole Miss this year, but coming into this matchup with two non-conference losses, that doesn’t appear to be the case.

Alabama has yet to be challenged with a weak early schedule and that doesn’t change in this matchup.

Last year’s game was somewhat of a debacle, at least for Ole Miss. The Crimson Tide dropped 28 points in the first quarter, 49 in the first half. They went on for a 62-7 win. While they didn’t have outlandish offensive numbers (Tua Tagovailoa only played one half), the defense did the rest and forced three turnovers.

The only way the Rebels have a chance of covering is if they can get a couple first downs and not turn the ball over. Quarterback Matt Corral has been fairly safe with the ball in the first four games, but that’s also led to subpar offensive performances, scoring 30 points total in the two losses.

It also doesn’t help that he’s using only one receiver as Elijah Moore has 29 receptions and no one else has more than seven. It’s likely Alabama will double team Moore and have someone else beat them.

Of course, the Rebels will still try and get some kind of ground game going with Scottie Phillips, who has 362 yards on 4.3 yards per carry.

This Alabama defense is dealing with injuries and there will be opportunities to move the ball, similar to what South Carolina did a couple weeks ago.

It’s hard to ignore Ole Miss’s 10 points scored against Memphis, their lone road game. That doesn’t point to much success in this game, nor does the 57 points allowed to Southeastern Louisiana and Cal the last two games.

It wouldn’t be surprising if the Tide hit close to 40 points in the first half again with 30 being the minimum. They’ve had no problems with Tagovailoa at 11.6 yards per attempt for 17 touchdowns and no interceptions.

Deepest Receiving Corps in the Country

The competition hasn’t been much, but no matter how you look at it, those numbers are ridiculous. That’s made possible by the deepest receiving corps in the country with Jerry Jeudy and Henry Ruggs leading the way.

That passing game is problematic because Ole Miss had issues stopping Cal’s Chase Garbers last weekend. Maybe the Rebs will limit Najee Harris and Brian Robinson in the ground game, but there are no signs that they can stop Tagovailoa and the speedy wide receivers.

While Alabama has covered and scored more than 60 points in each of the last two meetings, Ole Miss was competitive prior to those matchups and is 5-2 ATS in the last seven meetings played at Alabama.

The under is 4-0 in Ole Miss’s last four games following a straight-up loss, while the over is 9-2 in Alabama’s last 11 September games.

Our Pick – High spread games like this just aren’t our cup of tea. Our model has a score prediction of 41 to 10 in favor of the Tide which would give us a lean on Ole Miss +37 and UNDER 61.5